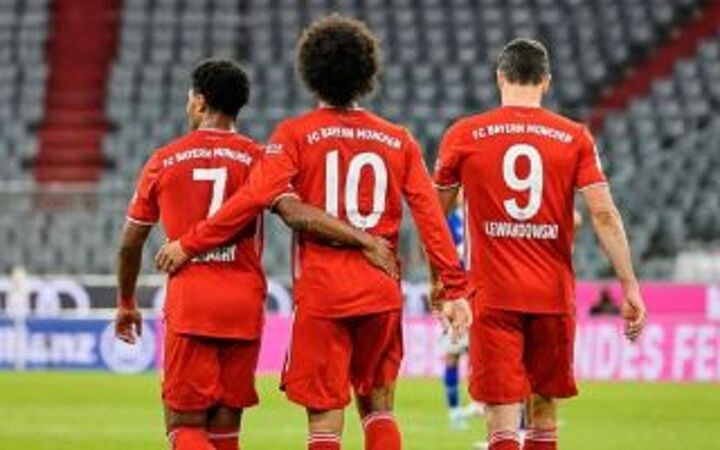 Manchester United should seal the transfers of Robert Lewandowski and Raphael Varane this summer if they can, according to ex-Red Devil Luke Chadwick.

Speaking exclusively to CaughtOffside, Chadwick explained why he thinks these two big names should be priorities for Man Utd at the moment if there is a chance to snap either of them up.

Ole Gunnar Solskjaer could do with a top signing in attack to take the pressure of veteran striker Edinson Cavani, and Lewandowski seems absolutely ideal after his incredible recent scoring record for Bayern Munich.

The Poland international scored 103 goals in the last two seasons in all competitions, and would almost certainly have won the Ballon d’Or last year if the award ceremony hadn’t been called off, with his superb performances helping Bayern to the treble in 2019/20.

Lewandowski a fine alternative to Kane or Haaland for United

“Without a shadow of a doubt (United should be in for Lewandowski),” Chadwick said. “The man’s record in the game is undeniable.

“It’s quite surprising after the last two seasons he’s had with Bayern that he’s looking to move, but similarly to Kane he’s not getting any younger; it might be his last opportunity to come and play in the Premier League, the best league in the world.

“I’m sure all the big hitters in the Premier League will be looking at him. He’d be a great signing for United, we’ve mentioned Haaland and Kane, but he’s the other one who’d really offer that volume of goals that are realistic targets.

“Chelsea have been linked with a few players and Tuchel’s career in Germany might give him that personal edge, but he’s certainly another number 9 who could add something to any squad, and would give United that X-factor to help them win trophies. If he is available I’m sure United would be interested and would try and be involved if a bidding war takes off.

Varane the ideal partner for Maguire at Old Trafford

Discussing United’s defence, Chadwick made it clear he felt Varane would be the best option to come in and form a strong partnership with Harry Maguire at Old Trafford.

“If you could pick any centre half in the world to go and partner Harry Maguire it would be Varane,” Chadwick told CaughtOffside.

“He’s an absolute Rolls Royce of a player, you don’t win the amount of trophies he’s had without an incredible mentality. With Ramos leaving as well, Paris Saint-Germain seem to be showing an interest in both of those players, but in terms of what United need at this time, Varane would be a dream signing if they could get that over the line.

“PSG can offer more in terms of wages, but Varane’s another player who’s never played in the Premier League, so it depends if it’s the financial incentive or that playing opportunity that means more to him.”