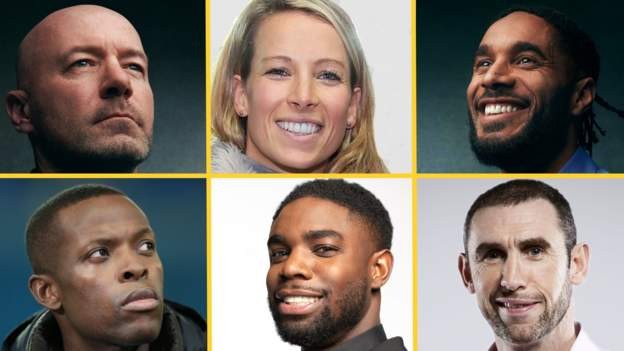 As anyone who followed Manchester City and Liverpool's progress on Sunday will tell you, predicting the outcome of anything regarding the Premier League is a risky business indeed.

Spare a thought then for the 20 BBC pundits who were asked to predict the top-flight's top four, and in the right order, before a ball was kicked back in August.

If things had gone slightly differently for the top two in the final 15 minutes of the campaign, no-one would have picked the winners as none had backed the Reds to take the title.

As it turned out, 13 of them correctly chose City to be champions, but only two got the top three in the right order - Danny Murphy and Mark Lawrenson, who to be fair is a professional predictor.

Rob Green was the only other person to have Liverpool in their top two and none got all four teams right.

Manchester United's fall from second in 2021 to sixth in 2022 put paid to that and, while it is fair to say Tottenham's fourth-place finish surprised everyone, the same could have been said if Arsenal had finished in the Champions League places instead.

You can see everyone's pre-season top-four predictions in full below.

Five teams featured in the forecasted top fours but only City, United and Chelsea made all 20.

Putting everyone's predictions together resulted in a runaway top two - only of City and Chelsea - with United pipping Liverpool to third and Leicester finishing fifth. Apart from City's triumph, all of that didn't happen in real life.

For those of you reading this and thinking, 'Liverpool in fourth? How could they all get that so wrong?', you might well ask yourself the same question.

More than 250,000 of you made your predictions for how the table would finish on the BBC website last August and, although 46% of you picked City as champions, the rest of your overall top four was Chelsea, Liverpool and Manchester United in that order.

There were a few more leftfield choices too, for example the 394 people who chose Norwich as their champions - although that was still nine more than the 385 who picked Everton to finish top of the pile.

Maybe most Toffees fans knew what kind of campaign was coming?