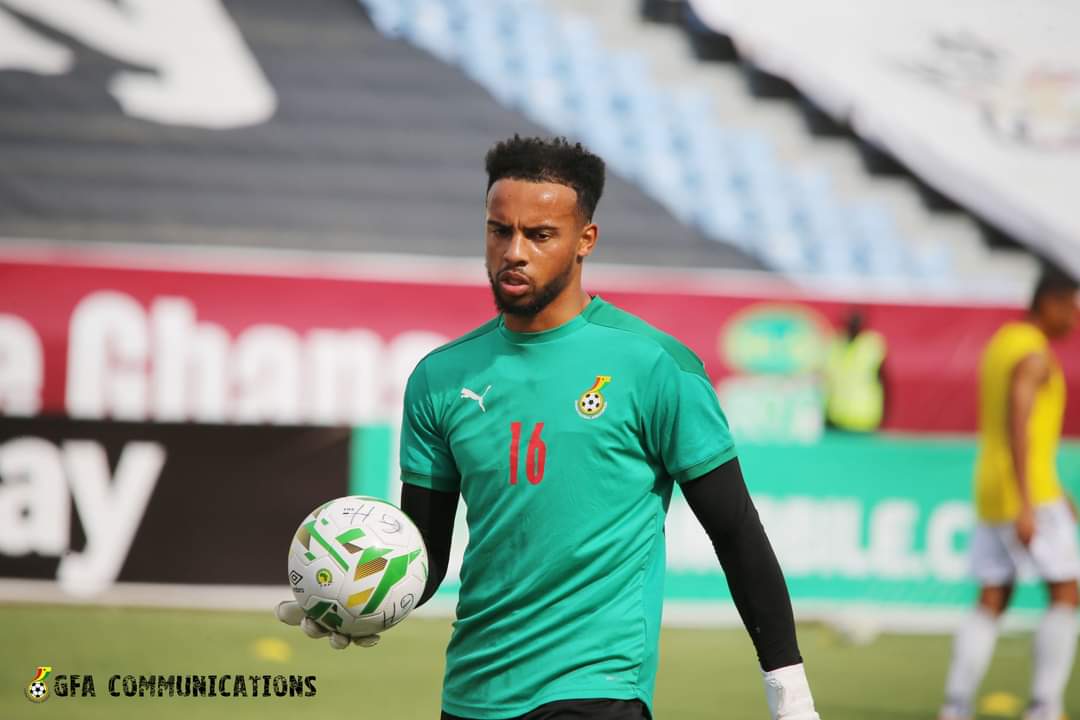 Black Stars goalkeeper Jojo Wollacot is happy to have made his debut against the Warriors of Zimbabwe in the 2022 FIFA World Cup on his first national team invite.

The Swindon Town goalkeeper was given the nod ahead of second-choice goalkeeper Lawrence Ati-Zigi and Hearts of Oak’s Richard Attah.

Wollacot had shown impressive performances during training which earned him a place in Milovan Rajevac’s first starting line up in his second stint.

It came as a surprise to many Ghanaian football fans on the coach’s decision to choose Jojo Wallocot.

The 25-year was very calm and composed in goal in his first competitive game for the Black Stars against Zimbabwe in the 2022 World Cup qualifier.

Wollacot made some saves and conceded a goal from the penalty spot after Zimbabwe was awarded a penalty.

The English-born goalkeeper was praised by Milovan Rajevac after the game.

“First of all it was good scouting and when he arrived he proved himself at the training sessions, he really did a great job, he deserves his chance.

“Today he was at the top of his game and I’m satisfied with his performances and I don’t want to praise goalkeepers too much but he really did a good job today.” Milovan Rajevac said through his interpreter.

Jojo Wollacot in a post on his social media pages said it’s a dream come true.

“A dream come true to make my international debut for @ghanafaofficial thank you all for the support”.

A dream come true to make my international debut for @ghanafaofficial 🙌🏽 thank you all for the support 🇬🇭❤️💛💚 https://t.co/GrtTf9NEEM

The Black Stars of Ghana have six points from three games, trailing Group G leaders, South Africa by just a point. Ethiopia who were pummeled at home by South Africa, have three points in third with Zimbabwe on no points at the bottom of the group.

Ghana will play the second game of the double header in Harare against the Warriors on Tuesday, October 12.