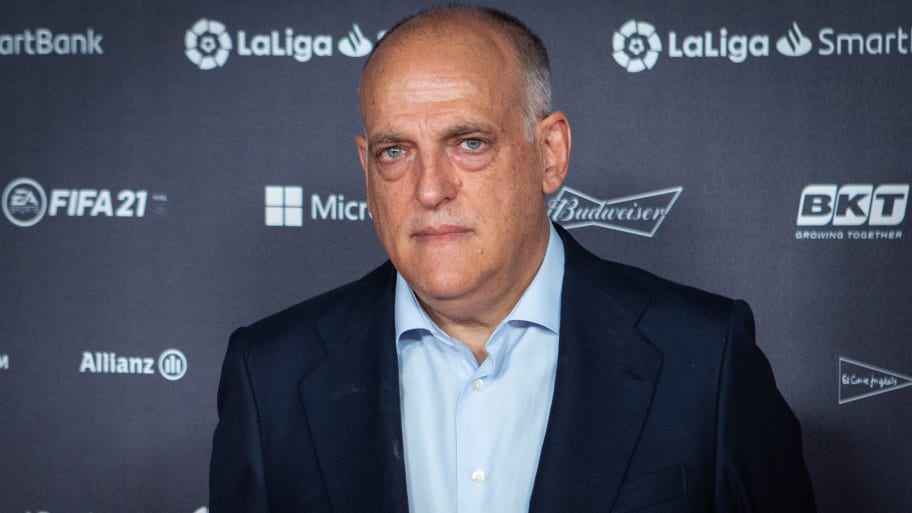 La Liga president Javier Tebas has claimed that Real Madrid, Barcelona and Juventus are looking to bring the Super League back without the support of English sides.

Arsenal, Chelsea, Liverpool, Manchester City, Manchester United and Tottenham were all part of the initial proposal but quickly bailed out following significant protests from fans.

Real, Barcelona and Juventus have stood firm, however, and continue to try and bring the Super League back to life, and Tebas revealed to Marca that the trio now see the Premier League as a similar threat to their existence.

"The three castaways who remain are talking and I can tell you now, they already know that the English sides aren't going to join them, but now they're setting up a new Super League with the rest of the leagues," he said. "The enemy is not only the Champions League, but also the Premier League.

"They are now thinking and promotions and relegations, which is the same as the model they presented in 2019 and that clubs have already turned down. If they present it again, we'll just turn it down again.

"They will never succeed because European clubs are not fans of that model. It would mean that the Spanish league would lose about €1,200m. Leagues are united, even the Premier League."

He also took the chance to laugh at recent revelations that Twitter bots were used to generate support for Real president Florentino Perez and bad-mouth the teams who abandoned the Super League plans.

"That's the danger of social networks," he said. "There are many advantages, but they also serve to create artificial opinions, launching campaigns with which you have to be careful.

"Not all trending topics must be taken into account because, as we have seen, remote-controlled tricks are used."