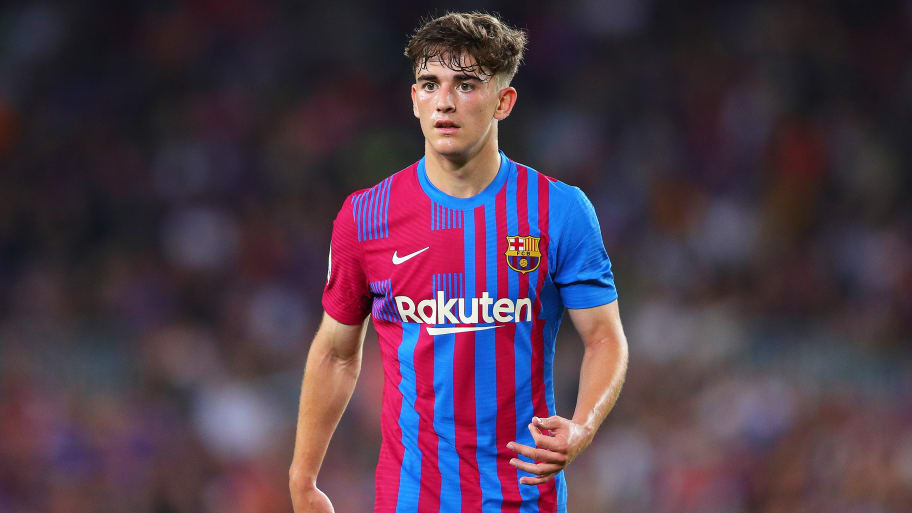 Barcelona president Joan Laporta has revealed that young midfielder Gavi is yet to sign his contract extension as his agent is exploring other options.

The 17-year-old was Barcelona's breakthrough star of this past season and has been in talks over an extension to his current deal, which expires in 2023, for the vast majority of the campaign.

Barcelona have long stressed they are confident of securing Gavi's signature, but the process continues to drag on and the talented teenager is inching closer to entering the final 12 months of his contract. 90min understands Liverpool and Manchester City have been monitoring the situation in recent months.

"His representative has long has the renewal offer on the table," Laporta told L'Esportiu. "We have no news that he has accepted it.

"The news we have is that he is comparing offers and that at some point he will have to say something. We have already stated our position and it is not currently accepted by the player's agent."

Laporta continued: "[It hurts] because we don't understand. He's a player we all like. He is 17 years old, has a present and a great future at Barcelona, and we do not understand why his representative is playing and comparing.

"I think the club's proposal, within our salary levels, is more than acceptable. In addition, we will not go beyond these levels, because I do not want Barça to continue following those who preceded us and who brought Barça to ruin.

"We have to be judgemental, and that is what we are doing. If we have players close to leaving the squad, we make them a very good present and future offer and it turns out that their representative is comparing and delaying the decision, obviously I don't like the situation.

"I would encourage him to accept it as soon as possible, because it also helps us plan."

Gavi managed 47 appearances in all competitions for Barcelona in his debut season, 36 of which came as a starter.

He racked up two goals and six assists - form which has attracted plenty of interest from elsewhere and which has left Barcelona desperate to tie him down to a new deal.

This article was originally published on 90min as Joan Laporta admits frustration as Gavi's agent 'continues to look elsewhere'.