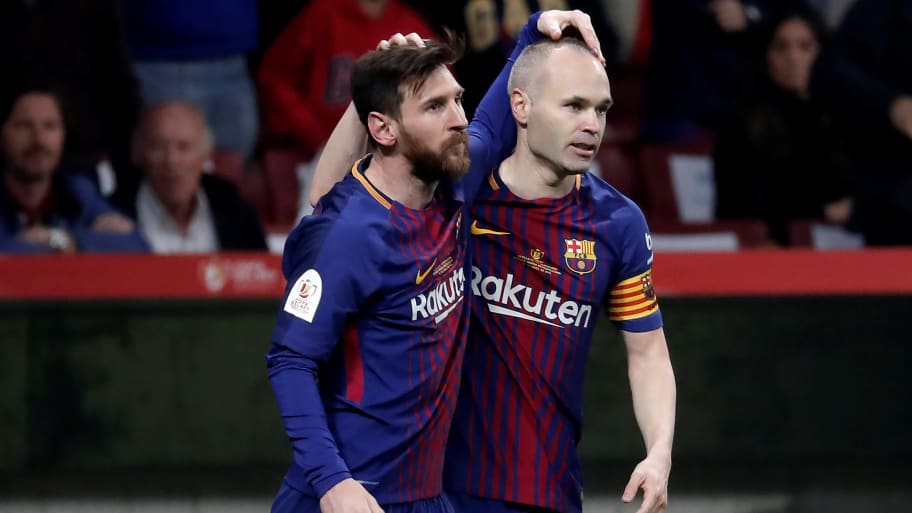 New head coach Xavi recently struck a deal to bring former team-mate Alves back to, stressing the need for more experience to help him rebuild the club and get Barcelona back on track again.

Since Alves' return, the rumour mill has gone wild with the idea of a return for both Messi and Iniesta. The former is obviously a huge part of Barcelona's history, while the latter spent years as Xavi's midfield partner-in-crime and is still plying his trade in Japan with Vissel Kobe.

Laporta was asked about moves for the pair, making a point of leaving the door open to both.

"I can't rule it out," Laporta said (via ESPN) during Alves' presentation. "It's happened with Dani Alves, who has seen the situation and wanted to help. We're grateful for the financial sacrifice he's made. He wants to help us turn things around.

"Leo and Andres are two spectacular players. I can't predict the future. They are Barca greats and who made this club what it is and they will always be present, but they're players with contracts with other clubs. That must be respected, but in life you never know."

Alves was then asked about a reunion with Messi, with whom he has a close relationship, and he joked that he was ready to try and bring the Argentine back himself.

"If you give me a couple of hours, I will go and look for him!" he laughed. "Leo is the greatest I have ever seen in the game, and you always miss the greats, especially when you have a good relationship with them.

"I love him very much. We're in a new process here, and I would encourage everyone to come back. I have been in a lot of places, but there's no place like this."