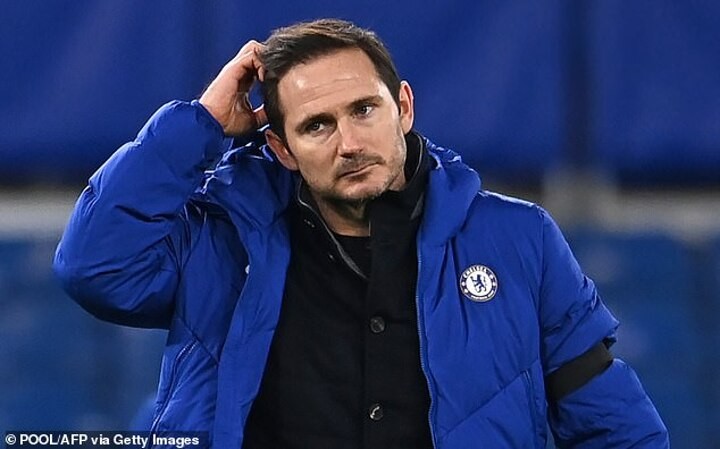 Lampard was sacked earlier in the season to make way for Thomas Tuchel, the German overseeing a remarkable turnaround in Chelsea's fortunes, guiding them to two major finals and steering them towards a top-four finish in the Premier League.

Cole and Lampard were Chelsea team-mates for seven seasons and also played together for West Ham and England.

While Cole acknowledges the work Tuchel has done, he believes Lampard's 18-month spell as manager also helped drive the club to the brink of a hugely successful season.

'I am friends with Frank and I've known him since I was a kid so you don't want to become a cheerleader,' Cole told Sportsmail.

'Tuchel has come in and done an unbelievable job but you can't disregard what Frank did - holding the fort during a difficult time, getting the club to a cup final last year, getting Champions League when they had lost their best player (Eden Hazard to Real Madrid in 2019).

'Frank's fingerprints will be on this team but you have to credit Tuchel – to come in and have the impact he's had is extraordinary. Chelsea is in a really healthy place at the moment so I am very happy, very confident.'

Cole was speaking as part of a campaign backed by FA Cup sponsor Budweiser - Support your club; support your pub. The beer brand is handing over advertising space to the local pubs of FA Cup Finalists Chelsea and Leicester.

The 39-year-old has seen a number of his England contemporaries try their hand at management. Lampard, Steven Gerrard, Sol Campbell, Scott Parker and Wayne Rooney have all had varying degrees of success, while John Terry is eyeing a No 1 job after spending time as part of Dean Smith's backroom team at Aston Villa.

Cole left his role as an academy coach at Chelsea last summer and is keen to take the next step. He added: 'You are always looking and will have to be the right job at the right time.

'It's been beneficial for me to see how my former team-mates have done and see the pitfalls. I am enjoying my work as a pundit but when the time's right and it's the right job, I'll certainly be stepping up.'