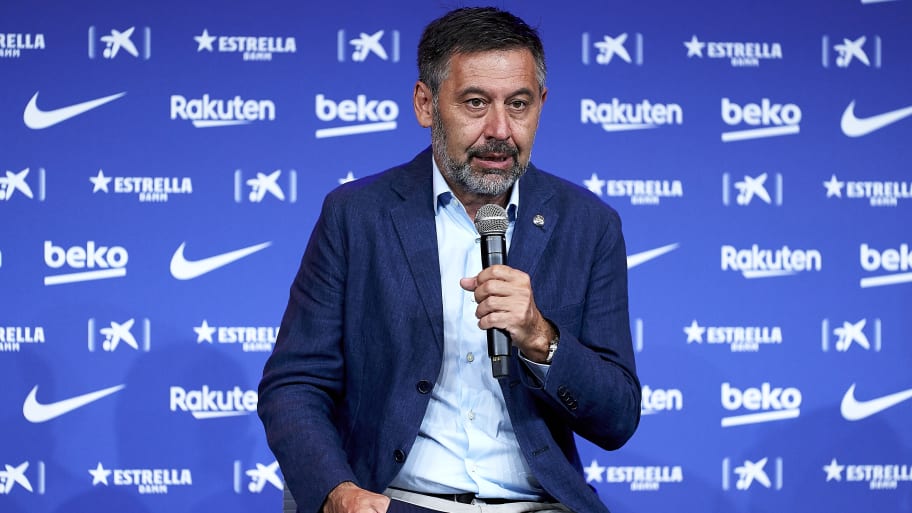 Former Barcelona president Josep Maria Bartomeu has released a statement defending himself against accusations of financial mismanagement from those currently in charge at Camp Nou.

Current chief Joan Laporta and fellow executive Ferran Reverter have made no secret of their disdain towards Bartomeu and his time in charge of the club, accusing the former president of leaving Barcelona with debts of over €1bn.

However, Bartomeu does not completely agree with that and sent a statement to EFE in which he crunched the numbers and accused Barcelona of 'erroneously' claiming to be in such severe financial strife.

Bartomeu argued that Barcelona 'only' missed out on €225m in revenue because of COVID-19, not the €330m which has been claimed by Laporta and Reverter, while also insisting that the club's overall debts are around half of the €1.3bn being suggested.

He said: "The data will serve to refute the interpretations and information that have erroneously used the figure of €1.35bn of net debt, and that, as has been clarified in the audit notes, the club continues under the accounting principle of 'Company in Operation' and has in no case been at risk of liquidation or dissolution."

Bartomeu highlights how Laporta revealed the club's net debt to be €680m in June 2021 which, when the €122m invested in Espai Barca is factored in, should leave Barcelona with a net debt of €558m, not €1.35bn.

The former chief also insists that the club were on track to lose just €50m before the COVID-19 outbreak, which eventually saw those losses spiral to €555m, blaming the virus for having more of a negative impact on the club than he did.

"And to finish, we agree with the current board of directors, that despite the terrible impact of COVID in the last 18 months, the club is alive and has assets, brand, land, content, stories and support from our sponsors, financial entities , suppliers, employees, partners and culés of the world to get ahead with success and reinforced of this difficult stage," he concluded.