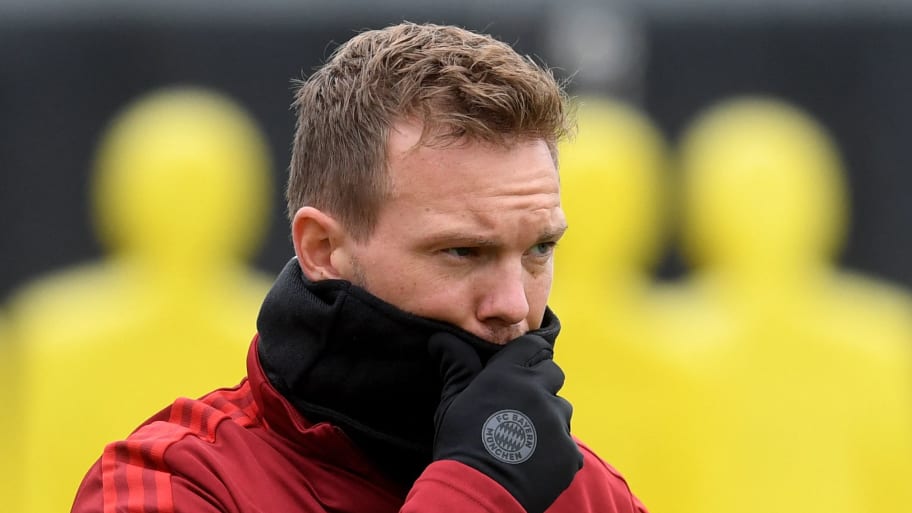 Although he had travelled to Lisbon with his squad, Nagelsmann was missing from the touchline having come down with a 'flu-like infection', the club revealed shortly before kick off.

However, Bayern confirmed on Thursday morning that Nagelsmann had tested positive for COVID-19 before travelling back to Munich, despite being fully vaccinated.

The club confirmed their coach will fly back to Bavaria in a 'medical plane' and isolate upon his return there.

It had been reported that Nagelsmann came down with the illness at the team hotel and decided not to travel with his squad to the stadium as a precaution.

In a tweet, the club wrote: "Julian Nagelsmann has tested positive for Coronavirus despite being fully vaccinated. He will fly back to Munich separately from the team in a medical plane and isolate back there."

If you are fully vaccinated it is still possible to test positive for the virus, although the symptoms will be far less severe in most cases.

Having been frustrated by a stubborn home side and VAR in the Portuguese capital, four goals in 14 second-half minutes saw Bayern put a late sheen on the scoreline to run out 4-0 winners.

Leroy Sané broke the deadlock on 70 minutes with a wonderful knuckleball free kick, before an own goal and Robert Lewandowski tap-in made it 3-0. Sané rounded off the scoring in the 84th minute, side-footing home to finish off a sweeping counterattack.

The result leaves Bayern in control four points clear at the top of Group E, with Die Roten winning three out of three matches in the pool so far. Elsewhere, Barcelona finally picked up their first three points of their Champions League campaign, beating Dynamo Kyiv 1-0 at Camp Nou.

This article was originally published on 90min as Julian Nagelsmann tests positive for COVID-19 after missing Bayern win over Benfica.