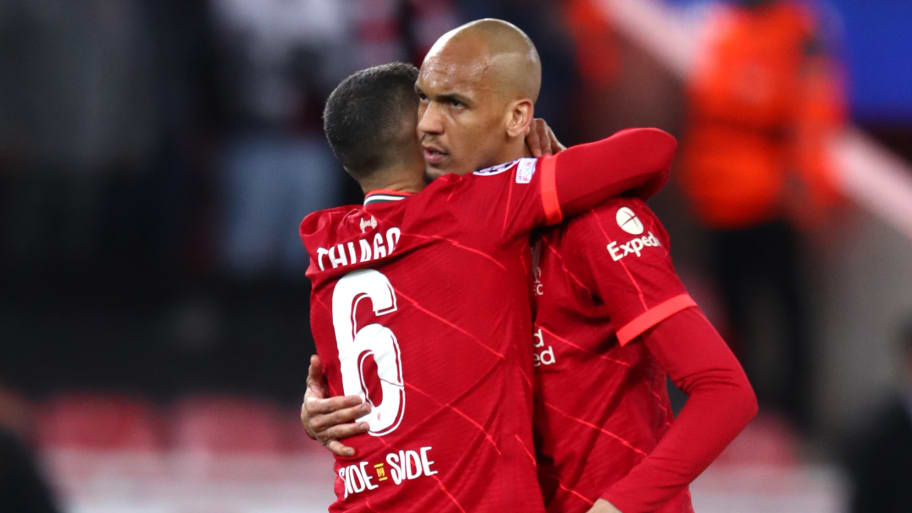 The Reds face Real Madrid in the showpiece in Paris in a repeat of the 2018 final, which Los Blancos won 3-1.

Klopp has a couple of fitness concerns in midfield ahead of the mammoth clash, with both Fabinho and Thiago recovering from injuries. Fabinho was forced off early in Liverpool's Premier League clash with Aston Villa earlier this month, while Thiago was withdrawn at half-time on the final day against Wolves.

However, Fabinho was pictured in training on Wednesday - although his manager was always confident he would be fit in time - and while Thiago was absent, Klopp issued an encouraging update on the former Bayern Munich and Barcelona man later in the day.

Speaking in a press conference, the German said: “I met him inside, [there's] a good chance he will be training this afternoon, he did some stuff this morning.

"It was not planned he will be doing this session with the players and in the moment it looks like he can be part of training tomorrow.

"That would be pretty helpful, obviously. We go from there. It's surprisingly good. After the game I was not positive about it but we got news that night already that it doesn't look that bad. We will see.

"I can imagine... now three days before a game, he cannot train but we just have to make sure we do the right thing in the right moment and we will try.”

This article was originally published on 90min as Jurgen Klopp provides fitness update on Thiago as Fabinho trains.