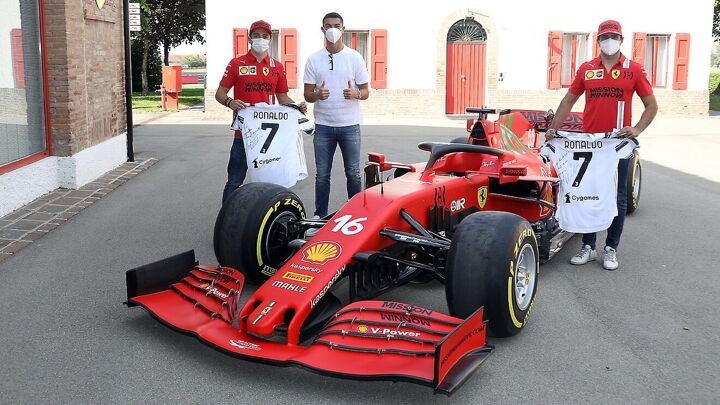 Juventus maintain that Cristiano Ronaldo will stay at the club beyond the 2020/21 season, irrespective of whether the Bianconeri are in the Champions League or not, yet it appears as though the rest of the squad are growing frustrated with the veteran forward.

Ronaldo's goals haven't dried up this term - he has been as productive as you would expect - but the team has fallen short of expectations in Serie A, failing to win the title for the first time in a decade.

La Gazzetta dello Sport reported on Friday that the relationship between the former Manchester United star and his teammates is virtually non-existent, and that this problem is worsening by the day.

Ronaldo missed training on Monday with permission from the club, however he was then involved in a promotional event with Ferrari's Formula 1 team on the same day. It is worth noting that Juventus CEO John Elkann and club president Andrea Agnelli were present at the event.

He was pictured smiling as he purchased a limited edition Ferrari vehicle for around 1.6 million euros, but the fact that Juventus lost 3-0 to AC Milan just a few days ago didn't seem to bother him, which has riled teammates.

Juventus have to find a way to move forward in a difficult financial climate, yet with a lack of Champions League revenue and the potential fine for being part of the failed Super League project, the Portuguese star's 31 milion euro annual net salary is incredibly problematic.