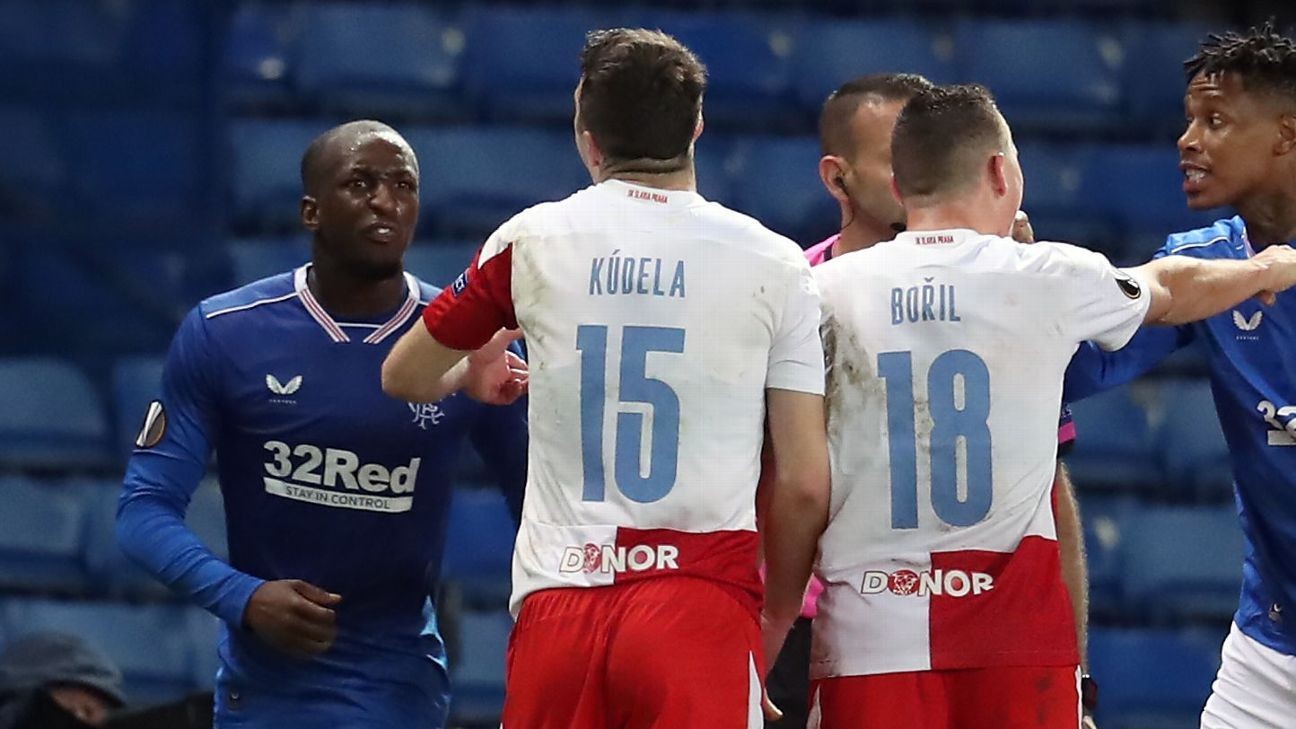 Rangers midfielder Glen Kamara said he has been subjected to online racial abuse every day since his confrontation with Slavia Prague's Ondrej Kudela in the Europa League last month.

Kamara complained of being racially abused by Kudela in their last-16 match, with the incident sparking a furious response from his Rangers teammates and saw players clash on the pitch and in the tunnel afterwards.

Kudela has denied the allegation and Slavia have stood by him, lodging an official complaint with Scottish police, via the Czech Embassy in London, alleging a "physical assault" on the 34-year-old defender.

Kudela, who is being investigated by UEFA and Police Scotland over alleged racial abuse, was on Tuesday provisionally suspended for one game ahead of a hearing.

"I've seen their fans, how they've reacted, and I'll get [racist] abuse probably every day on my Instagram," Kamara told ITV News.

"Every day, easily -- I'm not the one that gets really affected by it, so I'm all right. But how the team has reacted and taken it, it's sad.

"I feel like I need to tell my story -- the online messages I've been getting, the racial abuse online -- Instagram, Twitter, everywhere else. I feel like, as the victim, it needs to be said."

Finland international Kamara was incensed after Kudela leaned into his ear and said something while covering his mouth, sparking the fracas in the final stages of the match.

Kudela said in a Slavia statement that he swore at a Rangers player after being fouled, but denied using racist language.

Rangers were knocked out of the competition following a 3-1 aggregate defeat.

UEFA said on Tuesday its Control, Ethics and Disciplinary Body was looking into Kudela for a potential violation of UEFA regulations over racism and other discriminatory conduct, and for misconduct such as insulting players.

It also said proceedings had been opened against Kamara to assess if he is guilty of assault, which could see him receive a five-match suspension.