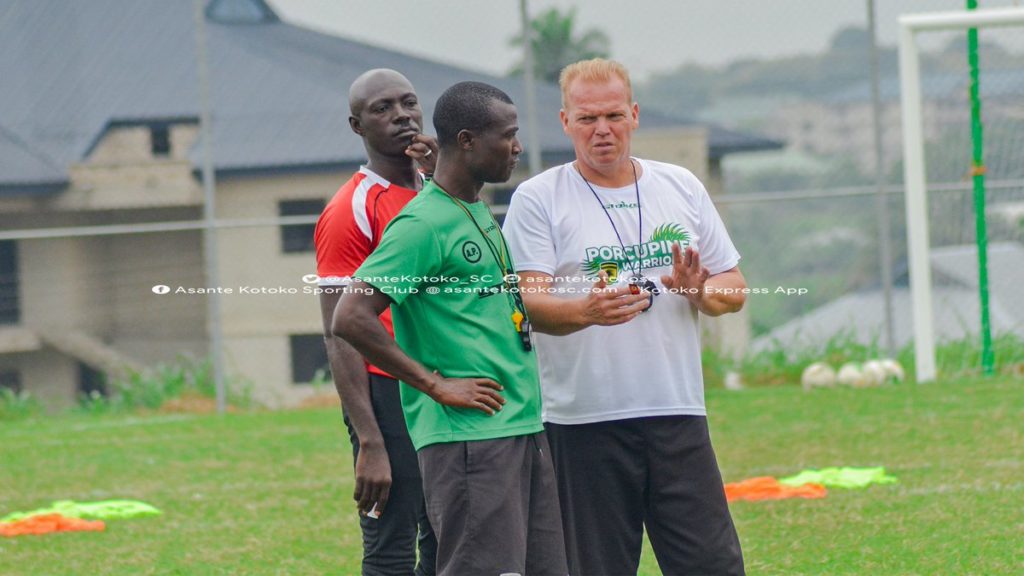 Asante Kotoko coach Kjetil Zachariassen is worried over the playing surface of the Sani Abacha Stadium as his team prepares for the game against Kano Pillars.

The Porcupine Warriors travel to Kano for the first leg of the preliminary stages of the CAF Champions League.

But Zachariassen is worried by the astro-turf 10,000 capacity stadium of Kano Pillars.

''Nigeria we know quite well but it's the ground, the AstroTurf they play on, so we will be digging deep into that, what type of field we gonna play, so that will be the main issue so we are preparing for it,'' Zachariassen told Oyerepa FM.

The Porcupine Warriors have been preparing feverishly for Africa's elite club competition, after signing as many as eight players including Ugandan forward George Abege.

The Reds were involved in an international friendly on Sunday against Burkinabe side Rahimo FC. A game they won 2-1.