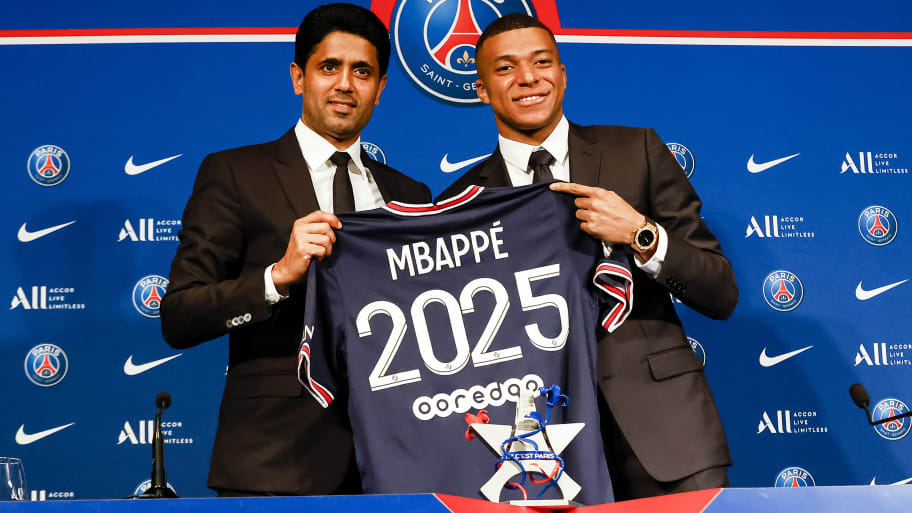 Mbappe had been expected to move on a free transfer to Real Madrid but eventually opted to pen a huge contract to remain in Paris, prompting a furious response from La Liga president Tebas.

Tebas voiced his intention to report PSG to anyone who would listen, with both UEFA and European Union authorities receiving complaints about their financial dealings, calling PSG president Nasser Al-Khelaifi a 'danger to football'.

Labrune, who also heads the French football association, urged Tebas to look a little closer to home before pointing the finger towards France.

"Two our your clubs - Real Madrid and Barcelona - have broken a multitude of records in the past decade," a letter read. "In terms of transfer fees, these two clubs have broken the world record six times. In terms of player salaries, Real Madrid currently has two of the highest-paid players in the world sat on their bench.

"In terms of debt, Barcelona is reported to have a debt level of €1.5bn, and this is despite the European Court of Justice finding that Real Madrid and Barcelona benefited from legal state aid.

"The fact that you publicly and repeatedly take this position against Ligue 1 on this topic and denigrate our league and our clubs is both unacceptable and manifestly false.

"It is also not lost on anyone that the pinnacle of competitive imbalance was the recent breakaway European Super League - founded and still maintained by your two clubs."

The letter continued: "When Lionel Messi, Sergio Ramos and others left your league - by choice - last year, rather than acknowledging their greatness (which you had weeks prior to their departure) you commented on their age and brandished our league as being 'like the league of legends given the age of the players'.

"Now your disrespectful smears seem to be directed towards Kylian Mbappe who is widely acknowledged to be one of the world's greatest players and simply didn't join your league, by choice, despite having received a similar offer. Unlike you, Ligue 1 lauds and promotes players both in our league and across Europe - including those in your league."

This article was originally published on 90min as Kylian Mbappe: Ligue 1 chairman hits back at La Liga complaints.