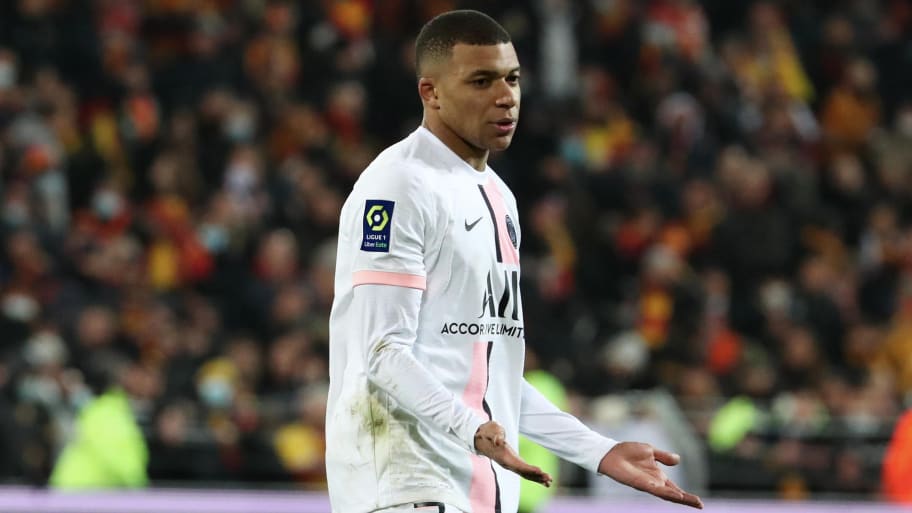 Kylian Mbappe has confessed that he realised he wanted to leave Paris Saint-Germain while he was away with France at Euro 2020.

Mbappe returned from the tournament and told PSG that he did not plan on signing an extension to his current contract, which expires in the summer, as he wanted to join Real Madrid.

Real made bids to try sign Mbappe, offering up a whopping €180m, but the Parisians stood firm and banked on the fact that they would be able to convince the 22-year-old to extend his deal - a risk which is not looking likely to pay off.

His transfer request came after the Euros, but speaking in an interview with Thierry Henry for Amazon Prime, Mbappe confessed that he came to his decision during the tournament.

"During the Euros I asked myself a lot of questions, I talked a lot with my parents and I knew that I wanted to leave [PSG]," he said (via Marca).

"My parents told me to just focus on the pitch. Maybe I was putting too much energy into other things."

Mbappe failed to score at the Euros as France surprisingly crashed out in the round of 16, after which he came under a lot of criticism from supporters for his poor performances, but Mbappe stressed that he is not bothered by that.

"I am the best assister in the French championship and in the Champions League," Mbappe added. "That shows that I'm not a selfish player who only thinks about scoring. I know I can do even better."

After a tricky summer in which he underwhelmed at the Euros and then had his wish of a move to Real rejected, Mbappe insisted that he didn't need long to pick himself back up.

"I was a little disappointed not to leave," he said. "It wasn't easy, but whatever happened, I knew I was going to be playing for a great club.

"It's not as if I'm playing in the third tier. I'm at a club that wants to win the Champions League. I'm Parisian, I feel great here, but I wanted to discover something else."

This article was originally published on 90min as Kylian Mbappe reveals when he decided he wanted to leave PSG.