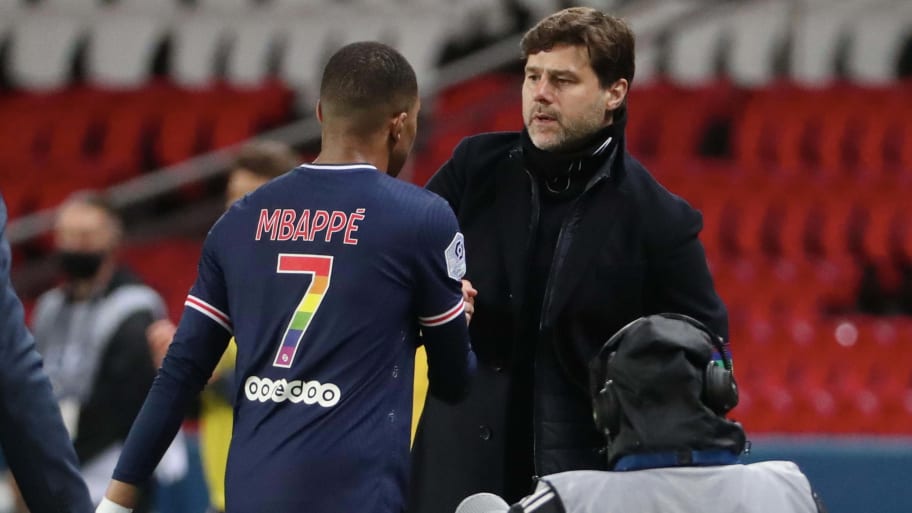 Paris Saint-Germain forward Kylian Mbappe has spoken with manager Mauricio Pochettino to inform him of his plan to let his contract expire.

Mbappe has entered the final 12 months of his contract, which is what long-term suitors Real Madrid have been waiting for. They plan to launch a bid for the Frenchman, but PSG continue to insist that Mbappe is not for sale.

President Nasser Al-Khelaifi has stated Mbappe will 'never be sold' or leave on a free transfer, but that was before the 22-year-old informed him of his refusal to sign a contract. Mbappe has warned Al-Khelaifi that he will be leaving the club at some point in the next 12 months, leaving it up to the president to decide whether that's as a sale in the coming weeks or on a free next summer.

After those showdown talks with Al-Khelaifi, Mbappe went on holiday, after which PSG hoped he would have a change of heart. However, according to Marca, the record remains the same.

In his pre-season meeting with Pochettino, Mbappe made it clear that he will not be at the club for the 2022/23 season and would accept a transfer if one arrived.

Mbappe has also promised not to cause a problem for either PSG or Pochettino and he does not want to force a transfer away from the Parc des Princes - despite Real's subtle nudges in that direction.

Just as they did with Eden Hazard in 2019, Real have been working behind the scenes to try and convince Mbappe to push for an exit, but they are keeping everything on the down-low out of fear of ruining the relationship between the two clubs.

In Real's dream world, Mbappe would demand a transfer and Los Blancos could swoop in with an offer to save the day, giving PSG the chance to cash in on an asset who is threatening to leave for free. How heroic of them.

Unfortunately, it's not working out like that. Mbappe is not going to burn his bridge with PSG, so unless the French side budge, he will have to wait another 12 months to seal his long-awaited switch to Real Madrid.

This article was originally published on 90min as Kylian Mbappe stresses desire to leave PSG to Mauricio Pochettino.