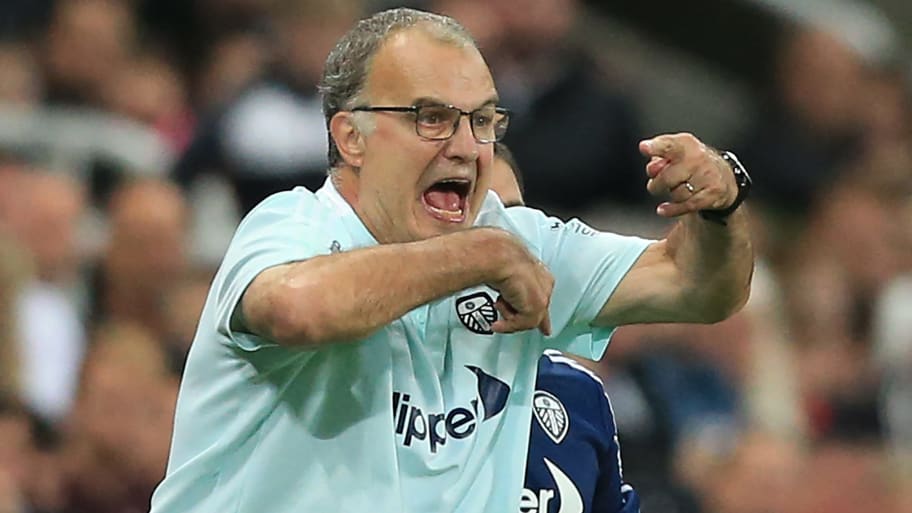 The Leeds United bench for Friday's 1-1 draw with Newcastle was something truly special.

The most senior player on the bench was 22-year-old Tyler Roberts, who must have felt like a babysitter surrounded by a whole host of academy starlets with little to no experience at the highest level.

It was the look of a team in somewhat of an injury crisis, but that wasn't really the case. Sure, Marcelo Bielsa was without three centre-backs - Robin Koch, Diego Llorente and Pascal Struijk - to a combination of injury and suspension, and winger Jack Harrison was out as well, but most top-flight squads could cope with that fairly easily.

Leeds, however, could not.

You can almost forgive the struggles at the back, where Luke Ayling floundered as an emergency centre-back, but where were all the midfielders? Where were the forwards? Who was Bielsa supposed to turn to to make a difference in a game which could have done with an injection of pace in the dying stages.

Predictably, the boss' first gamble was on Roberts, whose status as the superstar of the bench tells you all you need to know about the quality of the other options.

Roberts, who has one goal to show for his 33 Premier League outings with Leeds, was never really going to be the game changer, but Bielsa had no other alternatives. 19-year-old Dutch winger Crysencio Summerville, who was making his senior debut, was the only other player to get a decent amount of time off the bench.

It's unsustainable for any team, and that's before you consider the sheer amount of running Leeds go through in an average game. Their players are going to need rests but the rotation options just aren't there.

Whether this was how Bielsa planned his squad is unclear. The master tactician is happy to rely on young players and has a good reputation in that regard, but doing that in the Premier League is a whole different ball game.

When the January transfer window opens, don't be surprised to see Leeds looking for a whole host of additions. They might not want superstars to change their starting lineup, but they really need some core players capable of propping the squad up.

This article was originally published on 90min as Leeds' lack of squad depth laid bare in Newcastle draw.