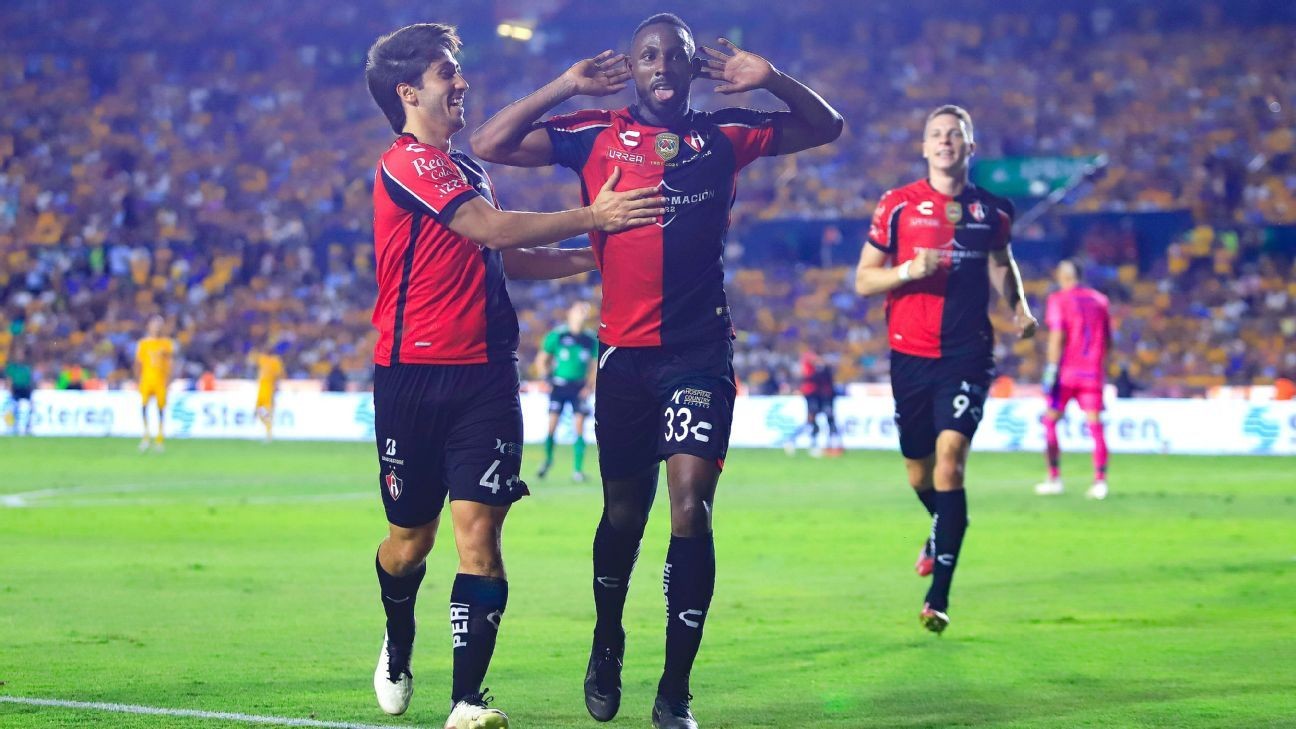 The Liga MX finalists are now officially set! Beginning with Thursday's first leg at Atlas and wrapping up with Sunday's second leg at Pachuca, this week will define the winners of the 2022 Clausura tournament.

Will Atlas clinch back-to-back titles? Will league leaders Pachuca claim their first Mexican top flight trophy since 2016? Here's everything you need to know about the two finalists.

In a Liga MX format that packs two seasons per year, most champions tend to have a celebratory hangover that spills over into their next tournament. For current title-holders Atlas, who secured their first Liga MX championship since 1951 last December, they haven't taken their foot off the gas. Outside of Week 1, Los Rojinegros never dropped out of a position in the top six after earning countless narrow wins and draws.

After defeating crosstown rivals Chivas 3-2 on aggregate in the quarterfinals of the playoffs, the Guadalajara side seemed to reach a new level of confidence after thrashing Tigres 3-0 in their first leg of the semifinal round. Tigres fought back valiantly with four goals in the second leg of the semis, but landed just short of an Atlas side that scored twice to make it 5-4 on aggregate.

As opposed to many attack-minded Liga MX teams that are willing to consistently press high and throw numbers forward, Atlas are more comfortable protecting their net, playing direct, and then attempting to win the ball back in dangerous areas. Sometimes it isn't the most attractive soccer under manager Diego Cocca, but it's the reason why they've been able to match Pachuca's league-best total of just 15 goals allowed in the regular season.

They're highly organized under Cocca in a 5-3-2 system, but in recent games the formation has changed and confused opponents (and members of the media) with fullback Luis Reyes playing in a more central role.

Nevertheless, Atlas are far from the most threatening attacking team in Liga MX. Although it's difficult to quiet the duo, there is a reliance on goals and assists from the front two of Julian Quinones and Julio Furch. They are are also coming off of arguably their worst 45 minutes of the season after looking stunned in Tigres' near-rally

Who is their MVP?

Midfielder and captain Aldo Rocha is in the running, goalkeeper Camilo Vargas has been exceptional (in spite of allowing four goals last week), and Furch has been crucial in his striker role up top.

In the end though, it has to be the man with seven goals and two assists in his last 10 appearances: Quinones.

The 30-year-old Colombian is a catalyst in the attack that moves cleverly with the ball and constructs opportunities out of thin air. Creative but also with an ability to regularly find the back of the net, the series might be able to be single-handedly won by the agile winger/forward.

Julian Quinones leads an attacking duo with Julio Furch that has Atlas on the verge of another title. Alfredo Lopez/Jam Media/Getty ImagesWhat a title would mean for the club

Back-to-back Liga MX championships would highlight that Atlas' title run in the Apertura campaign wasn't just a flash in the pan. A new era under ownership of Grupo Orlegi, who took charge in 2019, would continue to gain steam for the organization that is looking to open a revamped academy and training facility.

It would also be a much-needed positive end to their season that was initally associated with the ugly fan violence scenes in their March 5 match at Queretaro. When thinking of Atlas just a few weeks ago, images of their supporters being chased on the pitch of the Estadio Corregidora immediately came to mind.

Months after their players and fans were forced to flee via the pitch and stadium tunnels in Queretaro, some welcome optimism would return to Atlas if they win back-to-back titles.

Since manager Guillermo Almada stepped in late last year, Pachuca have quickly become the most dominant team in Liga MX. Despite the fact that they don't have the roster starpower of a Tigres or Monterrey, or the massive popularity of a Chivas or Club America, Los Tuzos punched above their weight in a Liga MX regular season that had them finishing at the top of the table.

Almada and his men had a shaky start in the playoffs after narrowly sneaking past No. 8 seed San Luis in the quarterfinals, but once in the semis, they then began to look like the squad that had the joint-best goalscoring and defending numbers in the regular season.

With a recent 3-0 victory at home over Club America, which provided them with a 4-1 aggregate victory in the semis, Pachuca will be entering the final with plenty of drive.

Efficient with opportunities in the final third but also defensively solid, Pachuca have maintained a good balance through a roster that has a valuable mix of up-and-coming homegrown talent and experienced foreign names.

In a 4-2-3-1 formation that tends to build-up attacking pressure out to the wings and high-pressing fullbacks, Los Tuzos often score early through crosses towards their striker and leading goalscorer Nicolas Ibañez. In support, midfielders like Luis Chavez and Victor Guzman aren't afraid to consistently take shots when in possession.

However, Pachuca often lose many of their aerial battles and can struggle when the ball is lofted into their 18-yard box. Defensively, there's a high ceiling for fullbacks like 23-year-old Kevin Alvarez and 21-year-old Daniel Aceves, but they occasionally make mistakes with their positioning and decision-making.

Luis Chavez is the engine that made Pachuca the top team in Liga MX's regular season. Hector Vivas/Getty ImagesWho is their MVP?

Ibañez is a very strong candidate with his 14 goals and two assists. In net, veteran goalkeeper Oscar Ustari has been one of the standouts of the season with his reflexes and saves. Guzman and winger Aviles Hurtado are also in the conversation as vital playmakers.

All that said, it has to be Chavez. The 26-year-old central/defensive midfielder is a conductor in the heart of the 4-2-3-1 that is able to win back possession, quickly carry the ball forward, score from distance, and connect an incredibly long list of passes together.

According to statistics from TruMedia/StatsPerform, in the Liga MX regular season, no player completed more progressive passes or passes in the final third than Chavez.

What a title would mean for the club

A trophy for Pachuca would reinforce the idea that their focus on not only developing players, but also giving them minutes, has once again paid off. In their last starting XI that defeated league giants Club America 3-0 in the semis, Pachuca utilized five players who had experience in their academy setup. Off the bench and during the playoff game, they brought in three more academy players, including Liga MX debutant Pedro Pedraza.

Back in the 2016 Clausura, when Pachuca won their last Liga MX title, the championship helped kickstart the young and promising careers of names like Hirving "Chucky" Lozano, Erick Gutierrez and Rodolfo Pizarro.

If Los Tuzos lift a title once again, it wouldn't be a surprise to see more rising talents use this opportunity to make another leap forward.