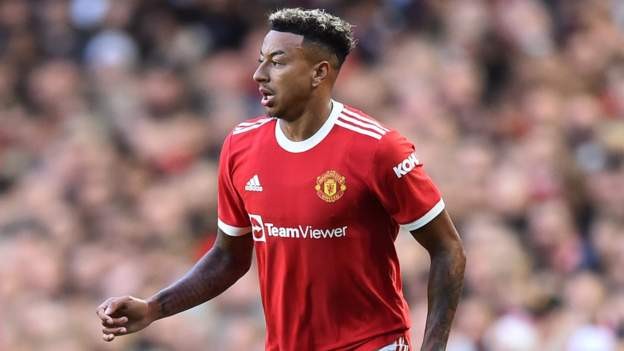 Lingard, 28, scored nine goals in 16 matches during a successful loan spell at the Hammers last season.

Speculation linked the club with a permanent deal, but Moyes says Red Devils boss Ole Gunnar Solskjaer had no intention of selling the winger.

"Ole made it quite clear to me early in the transfer window that he wanted to keep him," said Moyes.

"So I knew pretty early that he would be staying at Manchester United.

"I was hearing all the stuff but I had a private conversation with Ole who made it clear he was staying."

Solskjaer says he wants to keep Lingard beyond the end of his current contract, which expires at the end of the season.

But the academy graduate recently turned down the offer of a new deal amid concerns about how often he is likely to play.

The return of Cristiano Ronaldo is likely to limit Lingard's opportunities further, but Moyes would not be drawn on whether he would be tempted to make another move for England international.

"I can't talk about players at other clubs because that's not the way we do it," added the Scot, whose West Ham side play Manchester United at London Stadium on Sunday.

"But because Jesse was part of our club for a while, I think all I can say is that he made a massive contribution to the team, both on the pitch and off the pitch. We really enjoyed having him.

"He was great for us. But simply the manager told me he was keeping him and when that happens, I believe the manager - and that's the way it went."