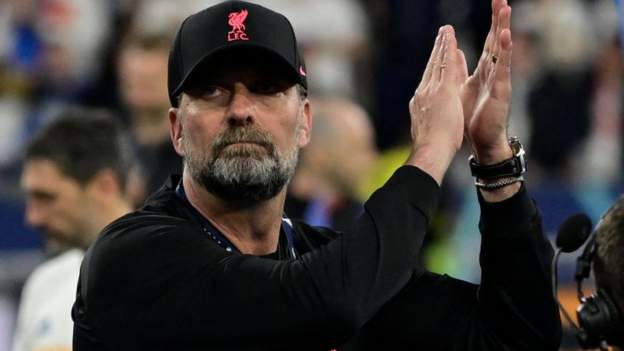 Liverpool fans have been told to "book the hotel" for next year's Champions League final in Istanbul by Reds manager Jurgen Klopp.

Real Madrid beat Liverpool 1-0 in the final in Paris to deny the English side a second title in three years.

It means they finish the season having won the FA Cup and League Cup.

"I have a strong feeling we will come again. The boys are competitive. We will have an outstanding group next season," said Klopp.

"Where's it [the final] next season? Istanbul? Book the hotel."