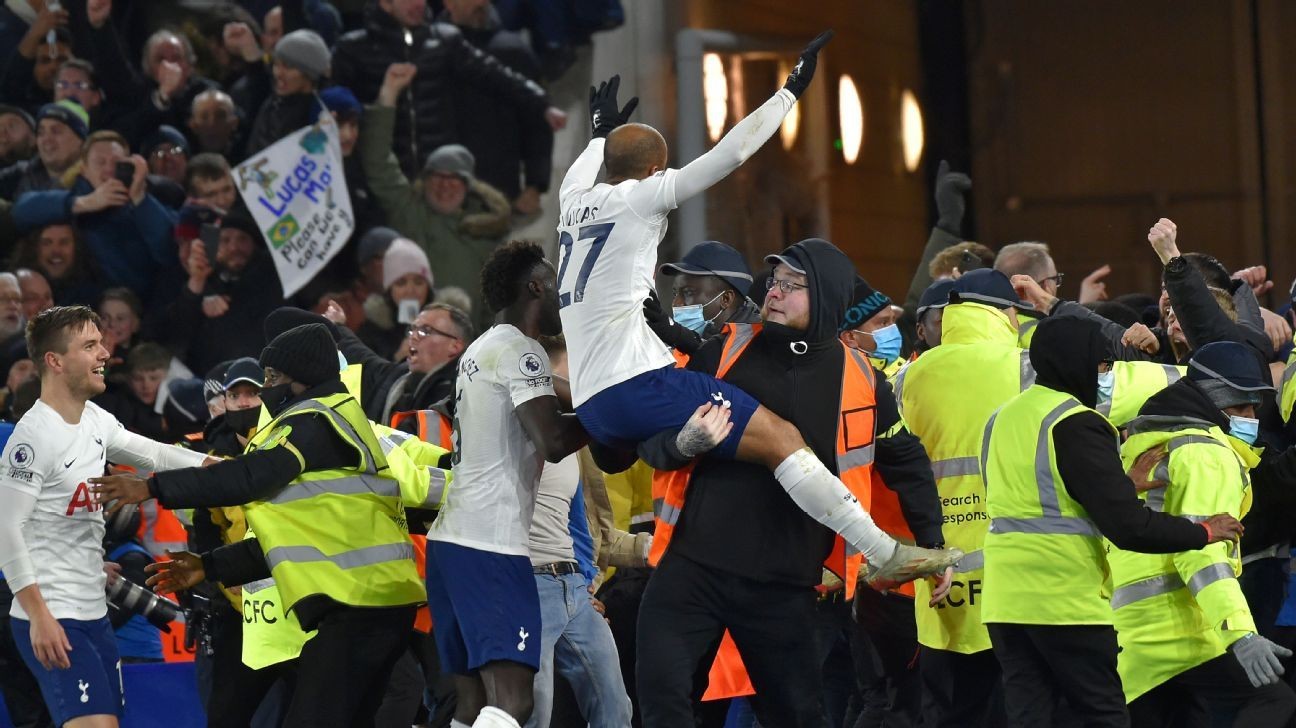 Tottenham Hotspur came roaring back from a goal down to see off Leicester City on Wednesday with a remarkable comeback that was so dramatically late that it actually broke a Premier League record.

The visitors initially fell behind after just 24 minutes and, despite an equaliser from Harry Kane before half-time, Spurs once again found themselves trailing as the clock ticked over into the 90th minute.

Thankfully, coach Antonio Conte had made a 78th-minute substitution that was about to pay off in ways he could scarcely imagine when he brought on Steven Bergwijn in place of Sergio Reguilon.

Sure enough, it was the Netherlands international who proved the catalyst for Spurs, with the substitute winger striking in the 95th minute to ram home the leveller at 2-2 in what looked to be the last few seconds of the game.

We have no words for this. pic.twitter.com/eQAUaKleRi

Then, straight from the resulting kick-off, the Foxes immediately surrendered possession and Bergwijn latched on to Kane's through ball to score again and seal an improbable 3-2 win for Spurs which sparked utterly wild celebrations inside the stadium.

Bergwijn was swamped by rapturous teammates and visiting supporters alike as Leicester were left dumbstruck as to what had happened.

It was all too much for some players with Lucas Moura -- no stranger to scoring a dramatic late winner himself -- even leaping into the arms of a steward at pitchside as the Spurs forward celebrated in front of his team's fans. In fairness to the steward, he not only showed impressive upper-body strength to hold Moura aloft, but also excellent composure to take the situation in his stride with just the merest hint of bafflement on his face.

The same couldn't be said for every steward, with one being knocked to the floor as pandemonium ensued.

As well as snatching all three points from the hosts against the odds, Tottenham also took Manchester City's record for the latest ever winning comeback in a Premier League game, having been trailing after 94 minutes and 52 seconds with five minutes of stoppage time signalled before Bergwijn netted his first of the night.

The previous record was set by City on the day they won the title in May 2012 with a riveting 3-2 victory over Queens Park Rangers, when Edin Dzeko equalised at 91:14 before Sergio Aguero soon went and engraved his name into top-flight history.

Bergwijn's crucial second goal against Leicester was clocked at 90+7, which made him the first Premier League player to score both an equaliser and a winner in stoppage time since Fernando Llorente's grandstand heroics for Swansea City against Crystal Palace in 2016.

After supplying the match-winning assist, Kane saluted Spurs' hero after the game, while reflecting on the whirlwind match that had just transpired.

Yep. We reckon that just about covers it!