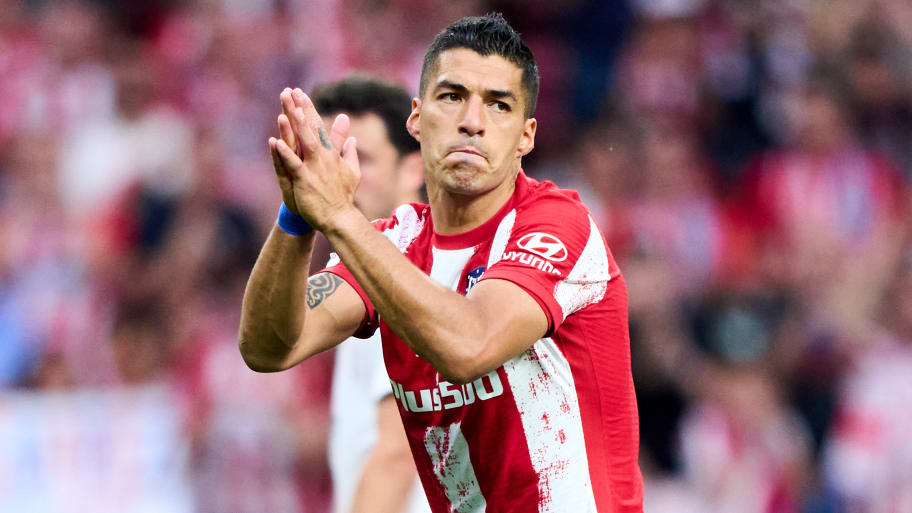 Luis Suarez has revealed that he has received 'many proposals' ahead of becoming a free agent this summer, but admitted he would be aiming to remain in Europe.

Suarez is departing Atletico Madrid when his contract expires next month after struggling to make an impact during his second season in the Spanish capital.

After firing Atleti to the title with 21 La Liga strikes in the 2020/21 campaign, the former Liverpool man only managed just over half that this time out as Los Rojiblancos dropped to third in the table.

Suarez was honoured on the pitch at his side's last home game of the season against Sevilla, with the search for his next club already well underway.

"Trust me, I’ve not decided where I’m going to play next season. I’ve received many proposals," he told El Larguero.

"Clubs from Argentina, Brazil and Mexico approached me but I want to play at top competitive level again. I’m focused on European football."

Suarez could get his wish too. As reported by 90min earlier this month, Aston Villa manager Steven Gerrard is keen to orchestrate a Premier League reunion with his former Liverpool teammate. Gerrard has already swooped for one former Red in Philippe Coutinho, who impressed on loan last season.

Although not mentioned by Suarez, the striker has also been strongly linked with a move to MLS in the past.

Quizzed on whether he could link up with Lionel Messi at Inter Miami in the future, Suarez refused to rule out a switch.

"Hopefully... you never know what happens. We've a great connection," he said.

This article was originally published on 90min as Luis Suarez reveals desire to stay in Europe this summer.