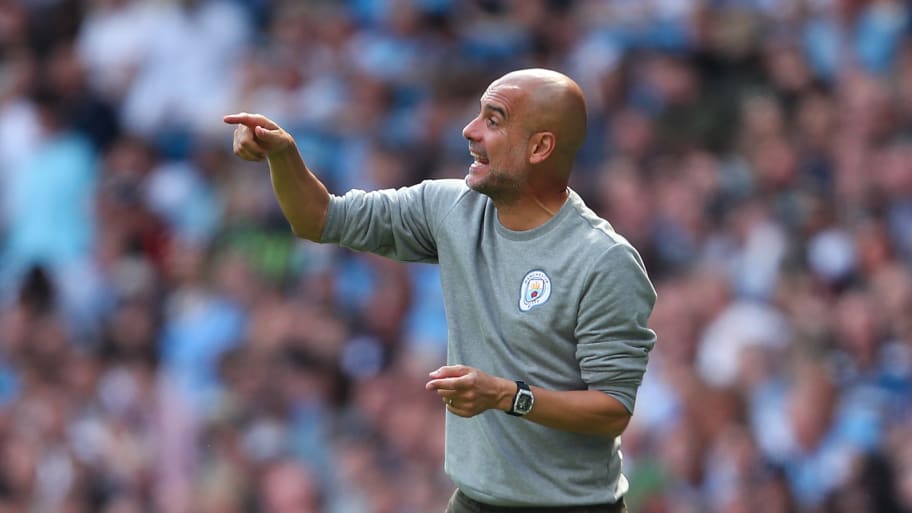 The Premier League resumes this weekend as Man City host Burnley with Pep Guardiola's side looking to continue their strong start to the campaign.

The Citizens sit just two points off Chelsea at the summit of the table, having recently emerged from back-to-back league visits to Stamford Bridge and Anfield with four points in the bag.

Guardiola's men boast a strong recent record against Burnley and it could be a fixture in which the City boss looks to rotate with a trip to face Club Brugge in the Champions League awaiting in midweek.

Here's how Man City could line up.

Zack Steffen (GK) - Ederson faces a quick turnaround from international duty with Brazil and Guardiola could see fit to rotate in order to keep the Brazilian fresh for the Champions League in midweek.

Kyle Walker (RB) - The England international has been impressive this season and his marauding runs from deep will cause Burnley issues.

John Stones (CB) - The 27-year-old is still waiting for his first start in City colours this season, and this weekend provides Guardiola with the perfect opportunity to recall him to the starting lineup.

Ruben Dias (CB) - A commanding ever-present at the heart of the City backline.

Joao Cancelo (LB) - Man City are short at left back with Oleksandr Zinchenko missing through injury so expect the Portuguese to be given the nod again.

Fernandinho (DM) - The 36-year-old has played second fiddle to Rodri this campaign, but his bite in midfield will be required against a physical Burnley approach.

Bernardo Silva (CM) - The Portugal international has been in scintillating form this season, striking fear into defences with his jinking runs from midfield.

Jack Grealish (CM) - Kevin De Bruyne is still working his way back to full fitness and Grealish will relish the opportunity to play more centrally in his place.

Phil Foden (CF) - Fresh off an impressive performance against Liverpool, Foden may be tacked with the false nine role this weekend - with Ferran Torres out injured.

Raheem Sterling (LW) - The Englishman's movement in behind defences should worry Burnley as they aim to close down the array of City threats in midfield.

This article was originally published on 90min as Man City predicted lineup vs Burnley - Premier League .