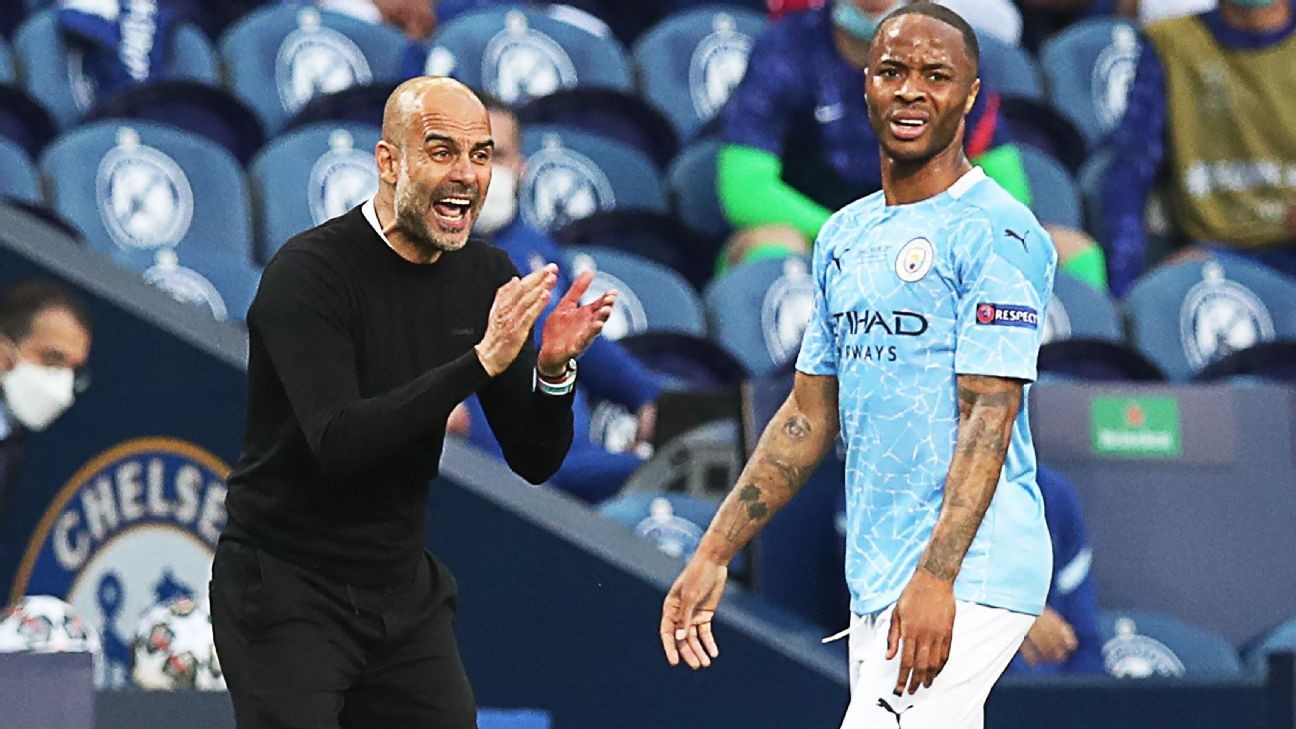 Manchester City forward Raheem Sterling would be willing to leave the Premier League club and move abroad, he said on Thursday.

The England international, 26, has fallen out of favour with City coach Pep Guardiola this season, starting only two of seven Premier League games.

"If there was an opportunity to go somewhere else, I'd be open to it at this moment in time," Sterling said during the FT Business of Sport US Summit.

"As an English player, all I know is the Premier League. I've always known that maybe one day, I would love to play abroad and see how I would come up against that challenge."

Asked what languages he would like to speak, Sterling said: "I should be learning a few different languages. I quite like the French accent - and Spanish."

Sterling, who is under contract with City until 2023, talked of his admiration of Real Madrid last year, before City met Real in a Champions League last-16 tie.

Real are expected to attempt to sign Kylian Mbappe next year when the France forward's contract with Paris St Germain runs out after having a reported offer of 160 million euros turned down by the French club this year.

Spanish media have reported that Barcelona are interested in Sterling, although a move for the England forward would be hampered by their financial problems, which forced them to part ways with all-time top scorer Lionel Messi in August.

Meanwhile, City forward Ferran Torres sustained a small fracture on his right foot while on international duty with Spain, the Premier League club said on Thursday.

Torres scored both goals in Spain's 2-1 win over Italy in the UEFA Nations League semifinal, but limped off in the second half after suffering a blow to his foot.

The 21-year-old was initially a doubt before playing in their 2-1 defeat by France in the final on Sunday.

City did not provide a timeline for Torres' return and said in a statement he would undergo further tests in Manchester.

Spanish media reported that he could be out of action for six weeks.

City take on Burnley in the league on Saturday.