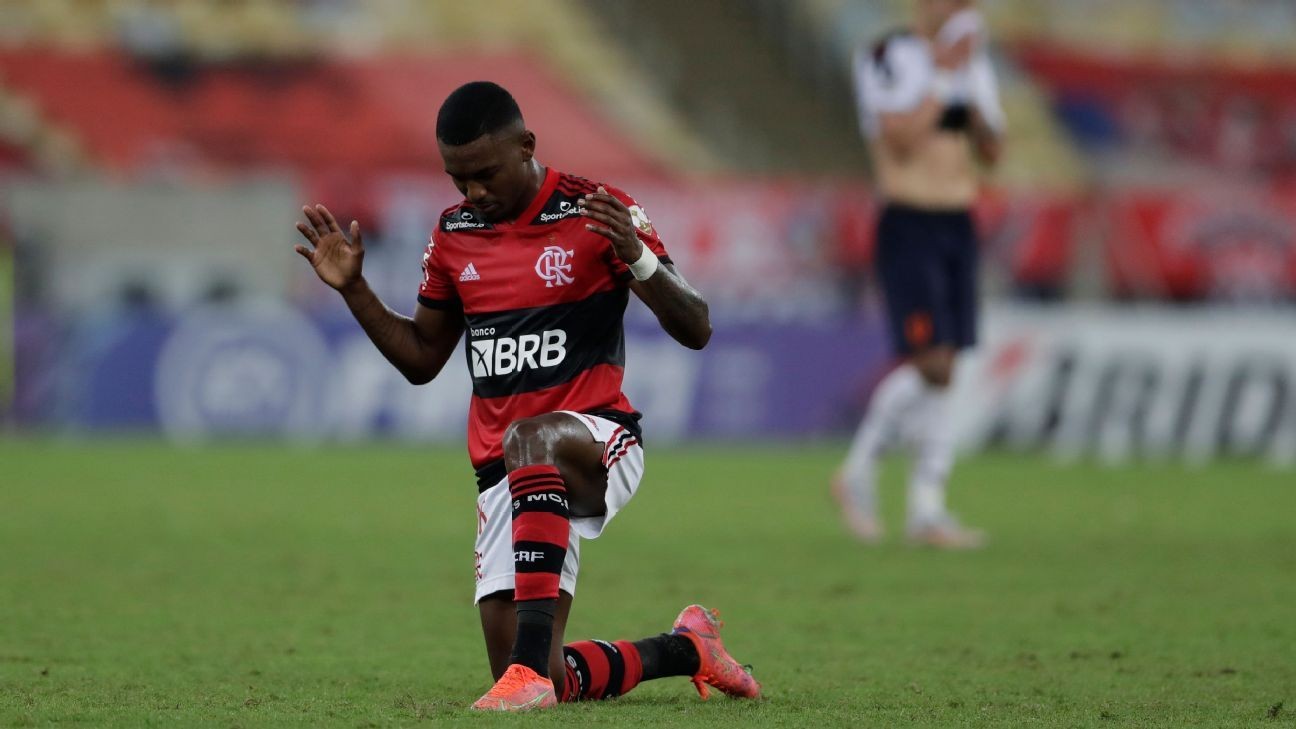 Ramon Ramos Lima said he was involved in a car crash that resulted in the death of a cyclist. Photo by Silvia Izquierdo-Pool/Getty Images

Flamengo right-back Ramon Ramos Lima has confirmed he was involved in an accident on Saturday evening that killed a cyclist in Rio de Janeiro.

Ramon, 20, ran over Jonatas Davi dos Santos, a food delivery biker in Rio's neighbourhood of Barra de Tijuca, and immediately stopped to call an ambulance and attend the victim.

Dos Santos, 30, died while on his way to hospital and Ramon, who was reportedly accompanied by his wife at the time of the accident, went to a nearby police station to give a statement before being released.

Ramon said in a statement that he was respecting the traffic laws and was within the speed limit when the accident occurred.

"I stress that I was within the allowed speed when I was surprised by Jonathan, who was on a bicycle.

"I reiterate that, right after the accident, I called help and remained at the site providing all the help and information to the authorities. I made myself available to collaborate with the investigations into the case.

"We are in contact with Jonathan's family to provide the necessary support and collaborate with possible burial expenses. It is a time of great sadness and emotion, but it is also a time of respect and love for others. Let's get through this together."

Flamengo president Rodolfo Landim said Ramon has always shown an "exemplary behaviour and will be given support by the club to deal with this tragic episode."

Ramon, who had come on as a substitute in his team's 1-1 draw at Sport Recife on Friday, has been left out of Flamengo's squad for Monday's game against Santos at the Maracana stadium.

He has made 38 appearances for Flamengo, 24 of them this season, since making his first division debut with the club in 2018.