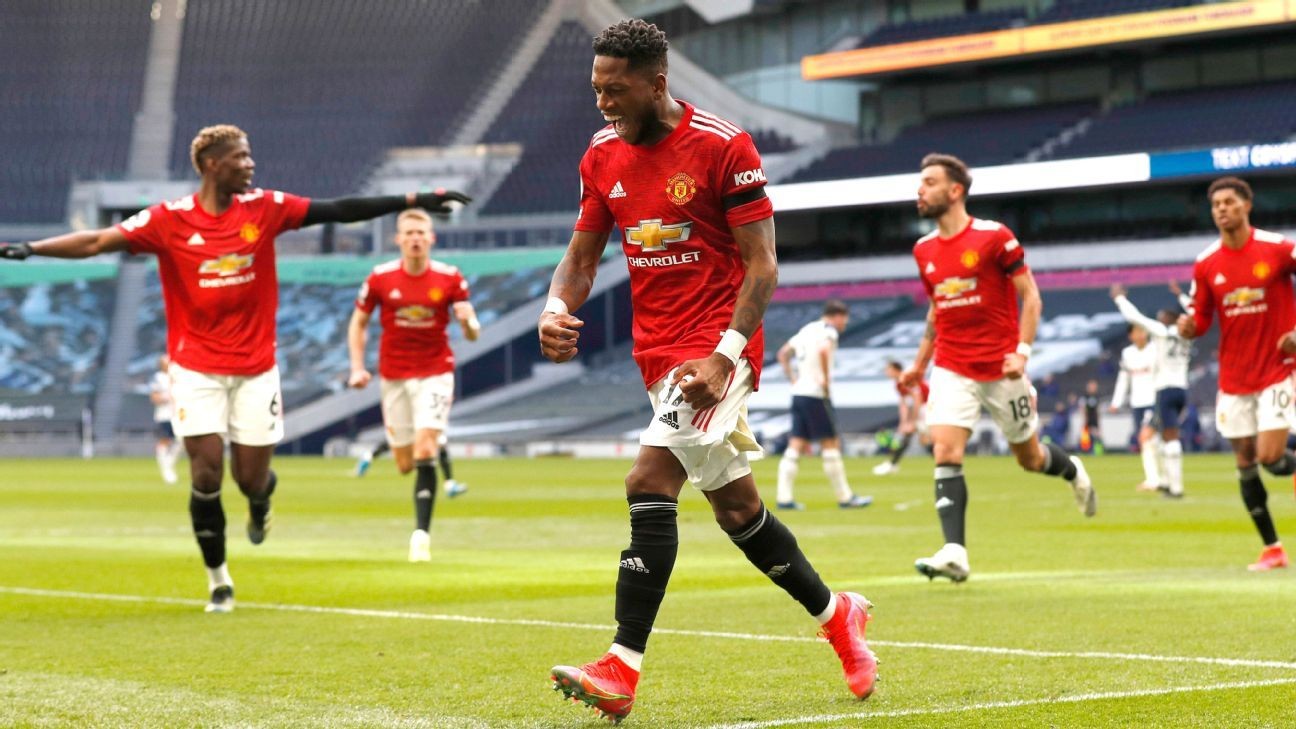 Manchester United beat Tottenham 3-1 in a testy affair on Sunday at the Tottenham Hotspur stadium.

Son Heung-Min scored Tottenham's only goal in controversial circumstances after Edinson Cavani had a goal disallowed following a VAR review. However, second half strikes from Fred, Cavani and Mason Greenwood ensured that United left with the three points.

United were fuming on 35 minutes when Cavani's goal was disallowed after a VAR review showed Scott McTominay had thrown a hand back and hit Son in the face in the build-up.

McTominay, who already had a yellow card, wasn't booked for the incident but Ole Gunnar Solskjaer and his players were apoplectic that the foul had been given for an error that wasn't clear and obvious.

"The referees have to make decisions. Personally, I'm not a fan of VAR, but it's part and parcel of the games. It was obviously a goal, the referee made a mistake, but it happens. Everyone makes mistakes in life," McTominay said after the game.

"At the time... you can't accept that, it's a total injustice. But you've got to get on with the game, and for us to come away with three points is pleasing."

United tempers were raised even higher five minutes later when none other than Son gave Tottenham the lead.

Lucas Moura played the ball across the goal to Son who hit it past Dean Henderson from close range.

Manchester United recovered from going a goal down to win 2-1. Adrian Dennis/Getty Images

Both sides brought a new level of intensity in the second half with fine saves from Henderson and Hugo Lloris keeping things interesting.

Lloris pulled off an excellent save to deny Cavani on 57 minutes but didn't manage to hold onto the ball and Fred pounced on the rebound to fire it into the net and bring United equal.

Cavani got vengeance for his first half goal being disallowed on 79 minutes when Mason Greenwood curled a perfect cross into the box which Cavani headed past Lloris.

Five minutes into added time Greenwood got a goal for himself with a lovely shot past Lloris at the near post.

"We played against a good team -- lots of quality, lots of power -- and they reacted [to going behind]. We had great opportunities to score the second goal," Jose Mourinho said after the game.

"Dean [Henderson] made two very, very good saves, especially the one from Harry Kane. We were dominant at 2-1, but then they scored the third goal. My opinion is that it was a very good game and we did not deserve this result at all. But we lost against a very good team."