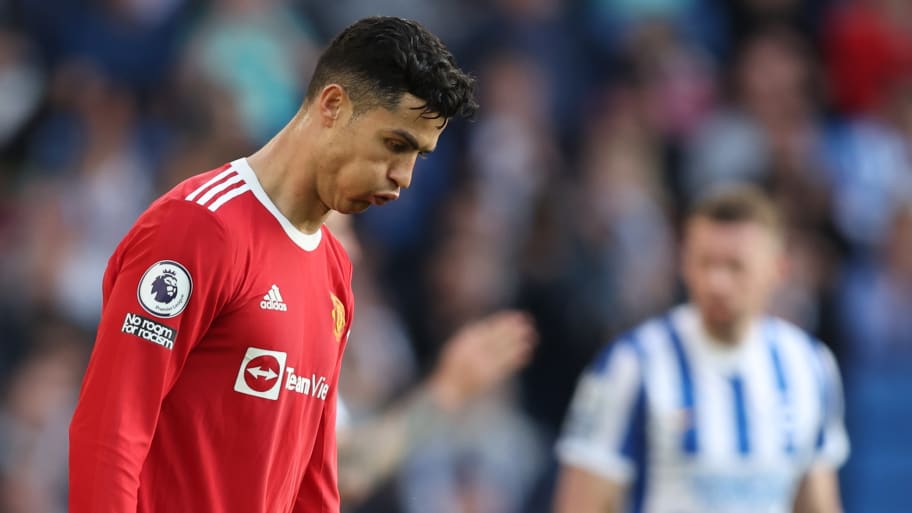 Manchester United have cancelled their Player of the Year ceremony as the first-team squad was too 'embarrassed' for it to go ahead.

United have endured a horrific campaign and they are guaranteed to record their lowest ever Premier League points tally, regardless of the result in their final game against Crystal Palace on Sunday.

The Red Devils could even suffer the ignominy of dropping to seventh and into the Europa Conference League if they lose at Selhurst Park and seventh-placed West Ham defeat Brighton.

In the wake of this calamitous campaign, the club's annual awards ceremony has been cancelled. According to the Mirror, this has been done at the request of the first-team squad who indicated they would feel too awkward for the glitzy event to go ahead.

Although the trophy will not be presented in person, the club have still been encouraging supporters to vote for their star performer this term. It is likely that Cristiano Ronaldo, who has netted 18 Premier League goals this season, will win the award.

Listen now to 90min's Manchester United podcast, The Promised Land, with Scott Saunders &Rob Blanchette. On this week's show they discuss the latest news surrounding the club including a discussion regarding Ten Hag's arrival and his Ronaldo hint.

The lack of a proper ceremony does mean that the club's young guns will not be properly honoured for winning the FA Youth Cup this campaign.

Incoming manager Erik ten Hag will be looking to turn the club's fortunes around when he takes formal charge at the end of the season. The Dutchman has already got to work in the background but interim boss Ralf Rangnick will remain in charge for the Palace game - although Ten Hag will be in attendance at Selhurst Park.

This article was originally published on 90min as Man Utd cancel end of season awards due to player embarrassment.