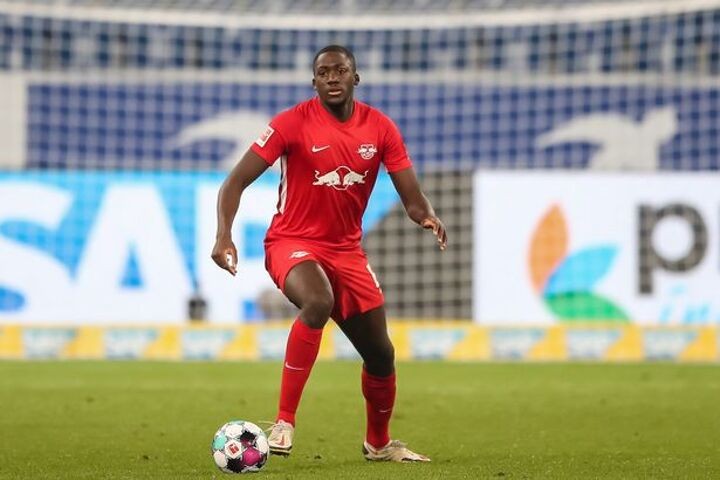 Manchester United will be looking to make up for lost time when the summer transfer window comes around.

The Red Devils endured several poor months of recruitment last year as they failed to get a deal for Jadon Sancho over the line.

Donny van de Beek was the only major investment made and Ole Gunnar Solskjaer still has several areas he wants to address.

A centre-half and a striker are both thought to be on his shopping list.

But as his squad grows bigger the United boss may have to let some faces go, be it on loan or permanently.

We take a look at the latest transfer rumours coming out of Old Trafford.

United to battle Liverpool for Konate

The Red Devils are ready to fight with Liverpool for the signing of Ibrahima Konate, reports Eurosport.

A defender is on Solskjaer's shopping list this summer as he seeks a partner for Harry Maguire.

Konate's playing style could be the perfect foil for the United skipper, but Liverpool have been heavily linked with the Frenchman.

Southampton are still keen on securing a loan move for United full-back Brandon Williams, according to The Sun.

The Saints attempted to capture the 20-year-old in the January but saw their efforts knocked back by Ole Gunnar Solskjaer.

Williams burst onto the scene last season as youth continues to be given a chance at Old Trafford.

Luke Shaw's impressive form has meant his understudy has struggled for opportunities this term.

West Ham will do "whatever it takes" to sign Jesse Lingard from Manchester United this summer.

The midfielder struggled for opportunities at Old Trafford and was loan out to the Hammers in January.

Lingard has rediscovered his best form at the London Stadium but there is no agreement over a permanent deal.

The 28-year-old has become integral to David Moyes and the London club are ready to pull out all the stops to secure the midfielder's services.

"We will do whatever it takes to sign him," a senior West Ham source told Sky Sports. "He's been outstanding for us."