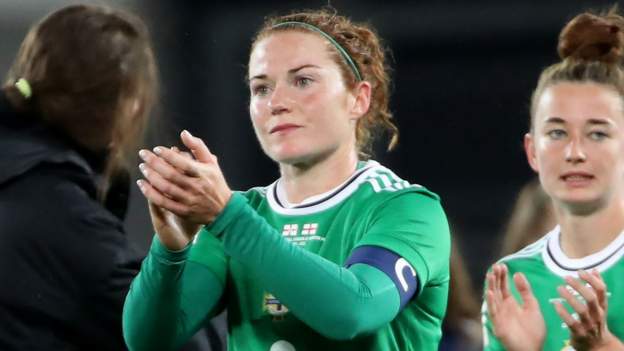 Callaghan, 36, missed Cliftonville's win over Glentoran on Wednesday but was present at Solitude on crutches.

Callaghan is set for further scans on her right foot and it is unclear if the injury will impact her chances of leading her country at the Euros.

Northern Ireland's first game at their maiden major tournament is against Norway in Southampton on 7 July.

Callaghan's Cliftonville and international team-mates Abbie Magee and Kelsie Burrows also missed Wednesday's game but are set to return to action next week.

The trio have been training as part of Northern Ireland's full-time camp ahead of the Euro 2022 finals in England.