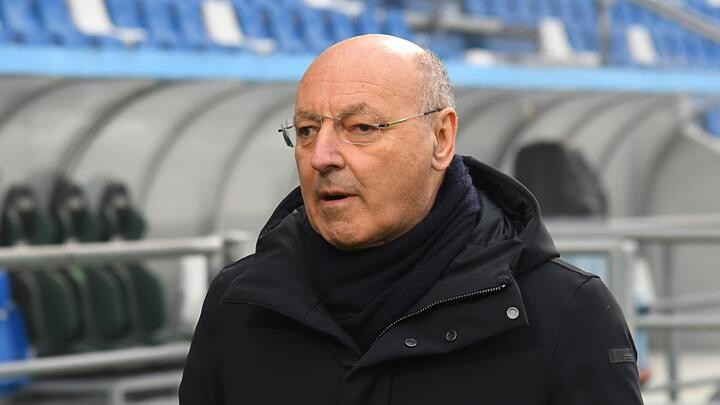 Juventus parted company with Giuseppe Marotta in 2018 but the now-Inter chief insisted he remains on good terms with his former employers.

Inter chief executive Giuseppe Marotta admits it will be satisfying to return to former club Juventus as a champion following the Nerazzurri's Scudetto triumph.

Marotta spent eight years working in a similar role for Juve and was widely regarded as one of the key architects behind one of the most successful periods in the club's history.

Despite winning seven Serie A titles, four Coppas Italia and reaching two Champions League finals, the 64-year-old was forced out of the Allianz Stadium in 2018.

He was appointed by Inter soon after and has overseen their first Scudetto success in 12 years, which was confirmed on Sunday when second-placed Atalanta drew with Sassuolo.

Inter travel to dethroned champions Juventus on May 15 and Marotta, despite holding no grudges against his former employers, is relishing the experience.

"The Scudetto is a dream come true," he told Tuttosport. "I imagine it will be satisfying to return as Italian champions to Turin. To decide the fate of Juve. That's the beauty of sport.

"The experience in Turin has given me a lot, except for the bittersweet farewell, if we want to define it that way.

"I have remained on good terms with everyone, except [Fabio] Paratici, but that question is more human than professional.

"I'm a manager used to accepting the choices of the club I work for and so it was in September 2018, even if I honestly didn't expect it."

No desire to return to Juve

Marotta has been linked with a sensational return to Juve as part of a boardroom reshuffle, but the Italian has no intention of working for the Bianconeri again.

"I exclude it. It's an eventuality that has never been considered, nor have I received requests from Turin. There's only Inter," he said.

Inter sealed the Serie A title with four games to spare in what is Antonio Conte's second season at San Siro.

The ex-Italy head coach previously won three league titles working with Marotta at Juventus and the latter is hoping for a similar period of success at San Siro.

"With Antonio, we want to open a long and successful cycle. The absolute guarantee is him," Marotta said.

"He instilled the winning mentality in the team. This is the fifth title he has won in 10 years. Conte is the best."