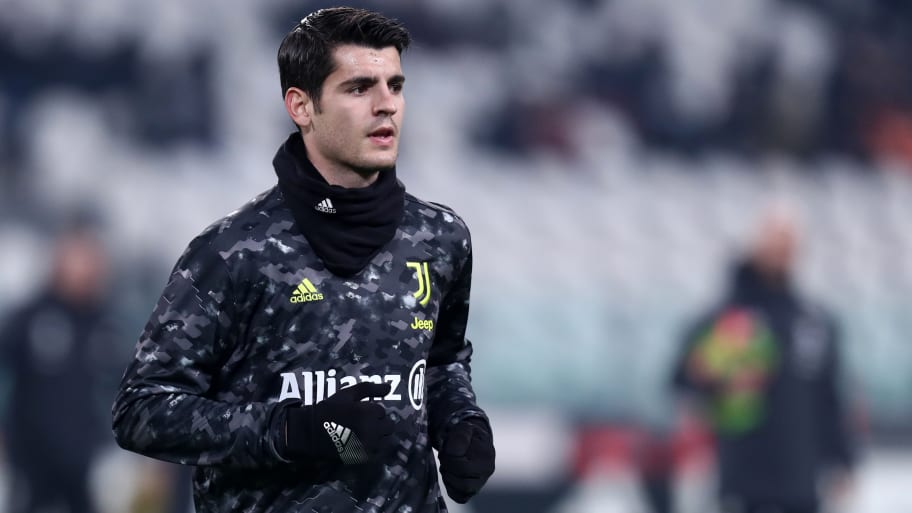 Juventus manager Massimiliano Allegri has put rumours of a move to Barcelona for striker Alvaro Morata to bed.

Morata has six months remaining on his loan from Atletico Madrid but had been expected to cut that short to join Barcelona, with Juventus seemingly deciding that they do not intend to exercise a €45m option to sign him permanently at the end of the season.

Now, however, Allegri has moved to definitively rule out an early exit.

"Alvaro Morata is not leaving," Allegri said. "He is a performance footballer whose problem is that he is labelled incorrectly. He is very important. I spoke to him face-to-face and told him that he will not be leaving. Case closed."

Morata has been a near-permanent starter under Allegri this season and has managed a return of seven goals in 23 appearances in all competitions.

Despite that, Juventus are still not expected to trigger their option to make Morata's loan deal permanent, which stands at around €45m. They have already paid €20m to have him on loan for two seasons and are unlikely to add to that outlay.

Instead, Juventus hope to invest in a younger forward, with Fiorentina's Dusan Vlahovic and Sassuolo''s Gianluca Scamacca high on their radar.

The Bianconeri had been expected to let Morata go if they could find a suitable replacement, with PSG's Mauro Icardi and Napoli's Arkadiusz Milik regularly named as targets, but no deal ever materialised and Morata's exit has now been quashed.

Allegri, who confirmed that Welsh midfielder Aaron Ramsey is heading for the exit door, stressed that he believes his squad is '99% finalised' for the remainder of the season.

This article was originally published on 90min as Massimiliano Allegri rules out January exit for Alvaro Morata.