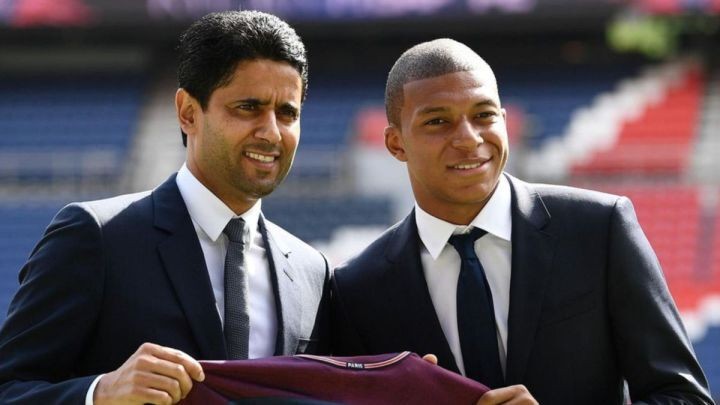 The French striker, wanted by Real Madrid, could have an option under FIFA rules of unilaterally breaking his contract, but only in very extreme circumstances.

The battle between PSG and Mbappé gets tenser day by day. The president of the French club, Nasser Al Khelaifi, has set out his position: “I’m going to be clear. Kylian Mbappé will continue at PSG, we’ll never sell him and he’ll never leave for free.”

The forward, currently with France at Euro 2020, has mostly kept out of the debate in public, but hasn’t ceded an inch. And he’s backing up his stance with performances on the pitch, setting the scene for a battle in which FIFA’s rules could play a vital role, with what is in effect a ‘panic button’ that could set him free from Paris, but only in extreme circumstances.

Article 14.2 of the FIFA’s Regulations on the Status and Transfer of Players (2021) sets out that either party - club or player - may unilaterally terminate the contract between them without paying any compensation where there is “abusive conduct”.

Under this rule, forcing Mbappé to renew would be the change to the terms of the contract covered by the regulations.

Applying the rules to Mbappé's case

According to Toni Roca, a lawyer specialising in sports law and the Director of the Sports Law Institute the regulations could apply, but it is very far from easy for that to be the case.

"Of course it's possible, but in practice it's complicated to apply it because, for a player to be able to apply this procedure, they need to have been subject to tough restrictions by the club, such as not being allowed to train with their teammates, not being allowed access to the facilities or being systematically left out of the team set up as a form of pressure, almost bullying," says Roca.

"It's doesn't seem very likely that PSG would do something like that to their star to get them to renew and even in the extreme case that they kept him in permanently in the stands something like that wouldn't be a reason for Mbappé to reclaim his freedom. Mbappé also doesn't appear to be keen on going for an all out war. It's an unlikely scenario for now."

"At international level there aren't major cases that have relied on this article to demand [their] freedom. None, clearly, of the huge importance that Mbappé would have," Roca continues, before pointing out two similar cases in Spain: David Albelda and Dani García. "The difference is these two based their cases on Spanish employment law, not on FIFA's Regulations on the Status and Transfer of Players. What's more neither of them were successful before the courts."

"Albelda sued Valencia in 2008 because Koeman banned him from training. The player sought relief under un the Workers' Statute, but the court found there were no reasons to terminate the employment contract without having to pay the indemnity set out in the contract," says Roca.

"In the case of Dani García Lara, the player sued Barcelona for separating him from the squad, but the club and the player reached an agreements before the case went to court," says Roca.

Neither situation could not happen these days. Spanish legislation prohibits a player training alone without the presence of a coach or member of the training staff. "Training alone with absolutely no supervision would be a violation of the right to work effectively and a reason to break the contract," explains Roca.

In the case of Mbappé at PSG, he would appear to be being treated normally by the club, meaning the negotiations, for the moment, continue to be within the usual market procedures, with no possible recourse to FIFA's regulations.