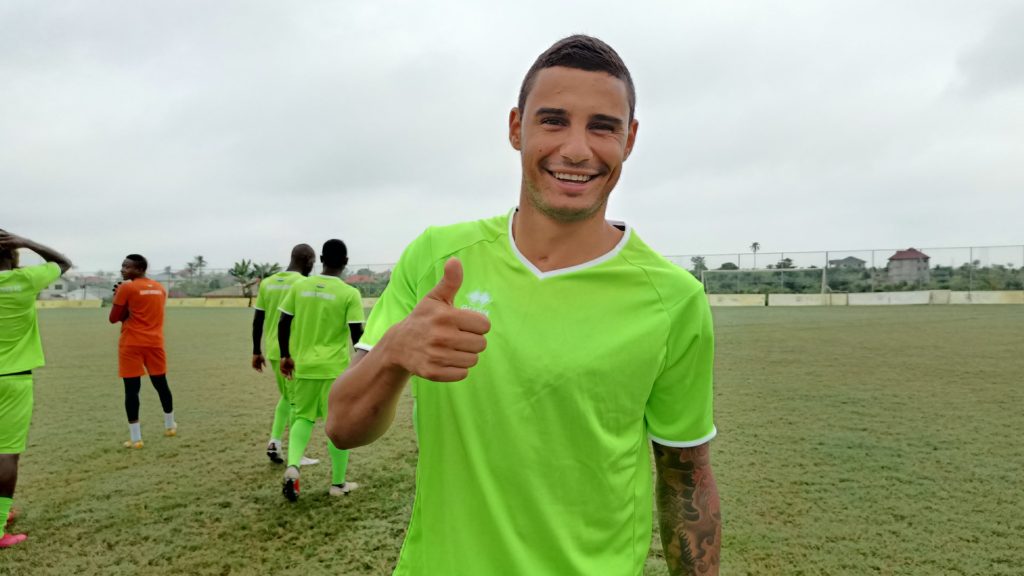 Asante Kotoko have confirmed their Brazilian striker Michael Vinicius will wear shirt number 77 at the club.

Fans expected Vinicius to take up the departed Kwame Opoku’s number 9 shirt. But it was not possible.

In line with Club Licensing regulations, registration, and the laws of the GFA, it is not allowed for different players to use the same jersey number in the same season. This is to avoid confusion in disciplinary records and other measures whereby the records of players may get mixed up.

Vinicius could make his Kotoko on Wednesday in the outstanding Ghana Premier League fixture against Bechem United after being named in matchday squad by coach Mariano Barreto.

The 27-year-old, who was on the books of Swedish third-tier side Vasalunds last year, joined the Porcupine Warriors in a deal that runs until 2023.

He becomes the second Brazilian at Kotoko, linking up with compatriot Fabio Gama Dos Santos who scored his first goal last weekend against Techiman Eleven Wonders.

Vinicius played for Fluminense between 2012 and 2014, moved to Criciuma before returning to Fluminense in 2015.

He went on to feature for Estoril in Portugal during the 2015-16 season and made a comeback to his home country to play for America Mineiro, Resende and Cascavel before heading for Linkoping City in Sweden in 2019.

Last year, he transferred to Japanese third-tier side Grulla Marioka before returning to Sweden to join Vasalunds.