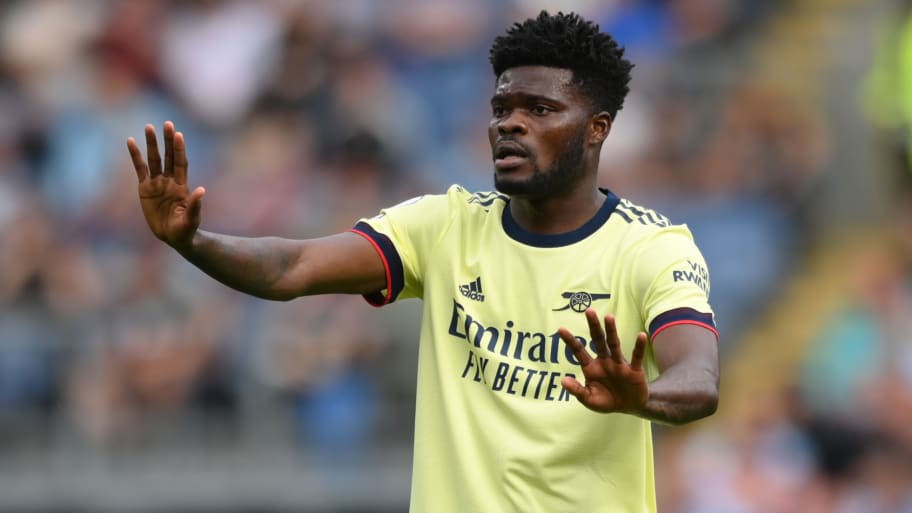 Mikel Arteta has confessed that Arsenal are yet to see the best of midfielder Thomas Partey following his £45m move from Atletico Madrid in the summer of 2020.

Injuries haven't been kind to Partey in his 18-month spell at the Emirates. He has picked up five minor issues which have kept him out of 21 games in all competitions and prevented him from putting together any real run of consistency.

Partey's time at the club has by no means been disasterous, but Arteta revealed that the midfielder agrees that he still has a lot more to offer Arsenal.

“He hasn’t found the platform physically to be at his best and then some games he has been more consistent than others,” Arteta said (via The Times). “He can produce more and he knows that. We have to demand more from him.

"He is an important player in the team and obviously we’ve missed him for long periods since he joined and that’s not ideal. But our aim is just to get the best out of him and how we’re going to do that.”

On top of the injury issues, Partey has also struggled as part of Arteta's chop-and-change midfield, which has seen him line up alongside no fewer than five different partners this year.

Granit Xhaka has been injured since September, forcing Arteta to use the likes of Mohamed Elneny and Albert Sambi Lokonga alongside Partey

“The fact that we’ve had to make some changes doesn’t give him the consistency or a relationship or partnership with someone to get to understand each other,” Arteta said. “The supporters have seen what he can provide. We want to see that more often.”

Xhaka could make his return against Everton on Monday, but the Swiss midfielder would likely start on the bench after just under three months out with a knee injury.

This article was originally published on 90min as Mikel Arteta admits Thomas Partey is yet to justify £45m price tag at Arsenal.