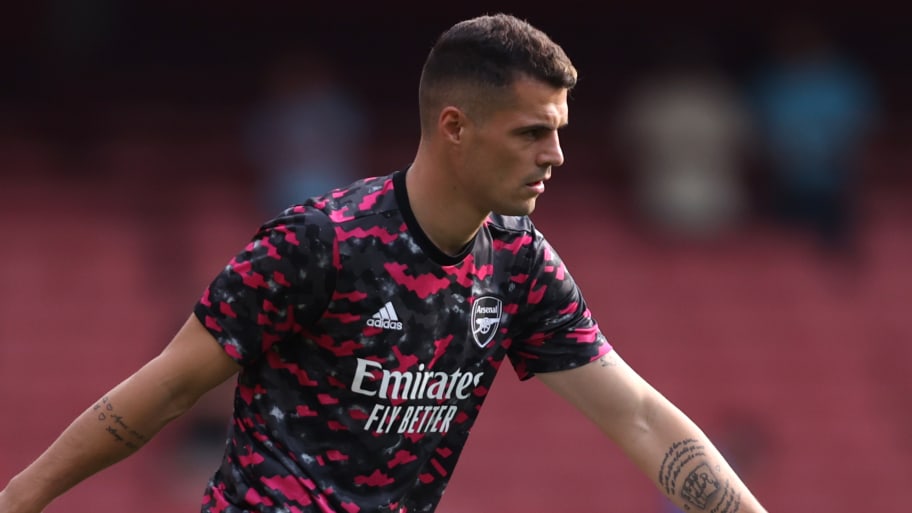 Arsenal manager Mikel Arteta has suggested Granit Xhaka will try to return to action from a knee injury several weeks sooner than expected and is already ‘progressing really well’.

Xhaka was ruled out for three months at the end of September after suffering knee ligament damage during the north London win over Tottenham, ruling him out until late December.

But Arteta has revealed the Swiss international could expect to return after just two months by working harder.

“Granit is progressing really well but obviously we know it is a long-term injury unfortunately. With Granit, I don't know, but I'm sure that if you tell him three [months], he will be thinking two,” Arteta said, via Arsenal.com.

“He will be trying to do extra work to try to minimise that time, that's for sure. We have to do it in the right way because it's a significant injury and we want to have him back properly when he can.”

Xhaka and Thomas Partey had looked good next to each against Spurs, a partnership that was sadly limited to just 80 minutes of the derby before the former was forced off.

But, speaking on Thursday, Arteta refused to confirm whether Partey would play against Crystal Palace on Monday because plenty of players returning from international duty have been travelling and still need assessing by Gunners medical staff for any potential injuries.

“Well, let's see [about Partey],” he said. “We haven't had the players here yet. Some of them because they're still travelling and they've not been assessed by the medical staff, but hopefully.

“He finished both [Ghana] games really well. He played well and scored a couple of goals like many other players did in this international break, and hopefully, everybody is in the right condition on Monday to help us win the game.”