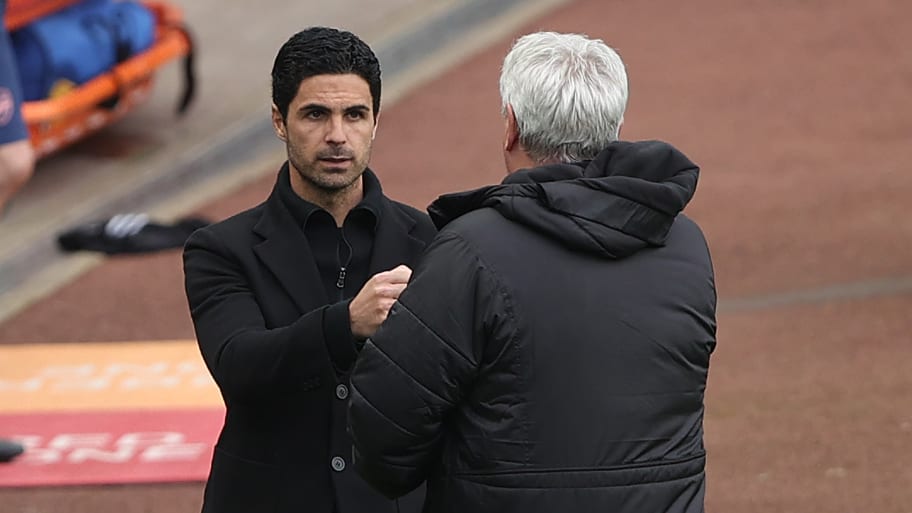 Arsenal manager Mikel Arteta has called for change after outgoing Newcastle manager Steve Bruce revealed he is considering retirement following the torrent of abuse he received while in the job.

Bruce was finally relieved of his duties on Wednesday following the Saudi-backed takeover at St James' Park, ending his unpopular two-year tenure. The 60-year-old - who took charge of his 1,000th match as a manager on Sunday against Tottenham - admitted that abuse from supporters had taken a mental toll on him.

Speaking after leaving his post in the Magpies' dugout, Bruce said: “I think this might be my last job. It’s not just about me; it’s taken its toll on my whole family because they are all Geordies and I can’t ignore that.

"By the time I got to Newcastle, I thought I could handle everything thrown at me but it has been very, very tough.

"To never really be wanted, to feel that people wanted me to fail, to read people constantly saying I would fail, that I was useless, a fat waste of space, a stupid, tactically-inept cabbage head or whatever. And it was from day one."

Bruce's words clearly resonated with Arsenal boss Arteta, who called for change at his pre-match press conference ahead of the Gunners' Premier League clash with Aston Villa on Friday.

"I was really sad after reading that statement from Steve," he said. "First of all, because I know him personally, and secondly, because of what he transmitted in his words.

"You're talking about somebody who has been in the game for over 40 years as a player and as a manager. He's managed 1,000 games and he's telling you, with that experience, with that level of expertise that he has - because you have to to be able to sustain yourself at that level - that he struggles with that kind of situation, with that kind of abuse.

"I think we have to reflect. We can't take for granted and accept certain things because they are how they are. No, we are here as well to improve them and change them, like we do with any rules, with any fixture list and we have with anything that we want to improve for our sport, fans, stadium, facilities and broadcasts.

"We're going to spend more time and we have an open table to discuss how we're going to do that because I think we have to think about the fact that one of the most experienced managers in England's history is telling you that in a letter. You can't just ignore that, so for me, it's a very serious statement and it's something that has to change and has to start to change."

90min revealed that Newcastle are in the final stages of interviewing three candidates for the vacant manager's role: Eddie Howe, Lucien Favre and Paulo Fonseca. Former Porto, Shakhtar and Roma boss Fonseca is believed to be the frontrunner at this stage, with an announcement potentially coming before the weekend.