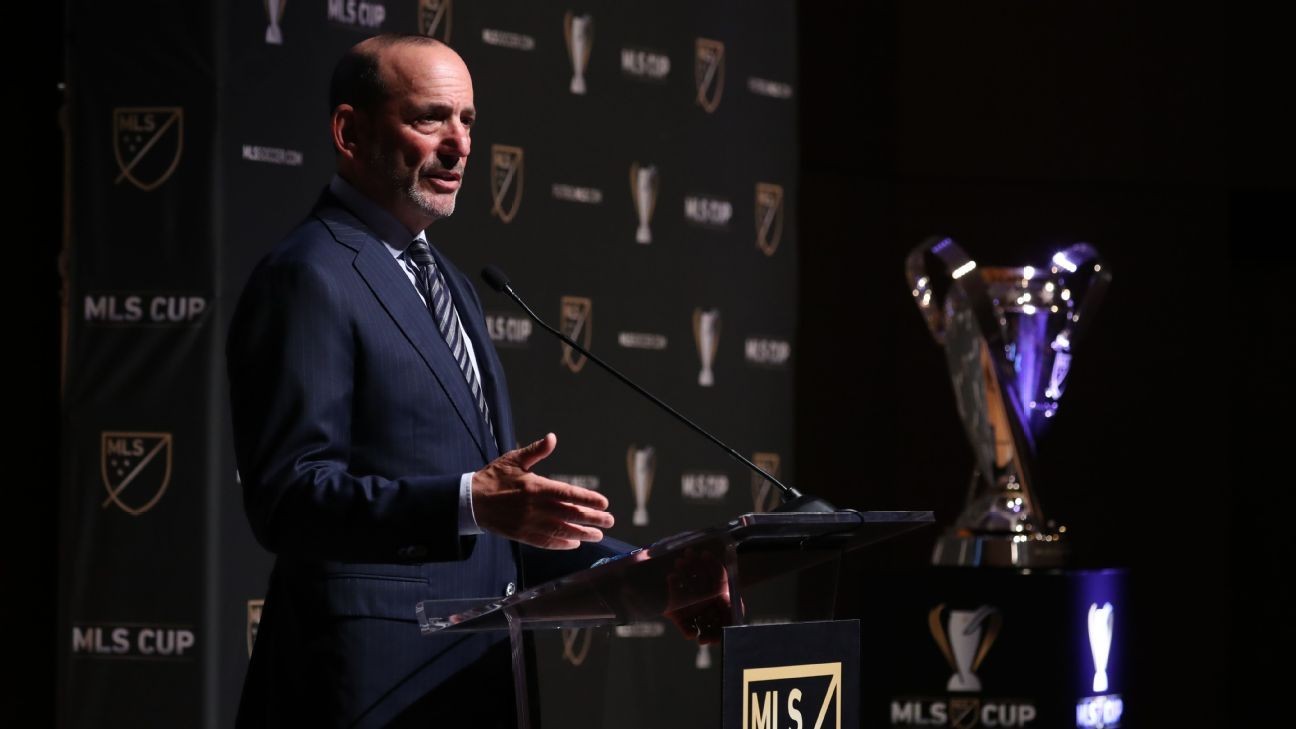 Major domestic leagues deserve to have a greater say in whether or not FIFA's proposal to shift to a biennial World Cup becomes reality, Major League Soccer (MLS) commissioner Don Garber said on Thursday.

Football's world governing body is conducting a feasibility study into the practicalities of staging a World Cup every two years, a move that has been met with criticism from confederations, clubs, players and fan groups.

Garber told the Financial Times' inaugural Business of Sport U.S. Summit that while leagues are being communicated with they should also carry significant weight in the decision given the impact a change to the structure would have on them.

"The stakeholders that are really affected by the decisions that would be made here don't have a real say outside of being communicated with as to whether or not this is something that would support the investment we are making in those players."

Critics of FIFA's plans point to the already-packed annual football schedule and argue that the historical and traditional values of a showpiece event like the World Cup would be significantly diluted if it was held biennially.

"Right now they are in a fact gathering stage, they haven't said they are going to do it... they want to get input from stakeholders," Garber said.

"Our hope is that those various stakeholders that are affected by that change, should they decide to do that, would be in a position to actually weigh in as to whether it becomes a formal decision on behalf of FIFA and its council."

Garber said it was too soon to say whether any move would be made to prevent players from participating in a World Cup should FIFA make it a biennial format.

"It's premature to go down that route," he added. "Right now we are collectively as a sport, globally, in a phase of trying to understand what is FIFA's rationale."