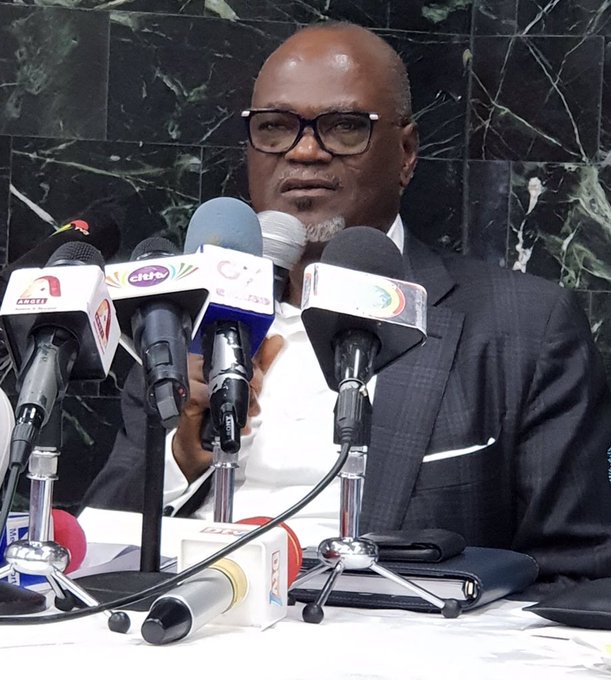 The Normalisation Committee is seeking a second extension from FIFA which will see the interim body stay in office for a combined two-year period as principal stakeholders 'bite' each other amid mistrust , insiders have told GHANAsoccernet.com Headquarters.

The scheme if successful, will see the three member committee stay on until 2020, in what will be a massive coup against local clubs in the West African nation.

The current mandate of the interim body expires on September 30 but with no clear-cut roadmap, fears are growing about a potential attempt to seek a second extension at the blindside of Ghanaian football.

The resolve of the Normalisation Committee appears to have been fortified by the lack of unity among 'football people', who are on accusation and counter-accusation spree.

The lack of leadership from football owners and administrators have sparked a wave of uncertainty as the Normalisation hatch a plan to capitalize on the high-level mistrust.

Lack of unity among football aficionados is tearing local football apart in Ghana and will give the interim body a legitimate call for an extension.

GHANAsoccernet.com understands that the interim body will enjoy the full backing of government if its seeks a second extension from the world governing body.

Ghana League Clubs Association boss Kudjoe Fianoo has come under line of fire for holding 'secret' meetings with the interim body during the 2019 Africa Cup of Nations in Egypt.

There have been impeachment calls over claims of misconduct.

GHANAsoccernet.com understands the delay in finalizing the statues is deliberate, aimed at buying more time to warrant a further extension.

The controversial leaked name change and logo are all part of the clandestine move to delay the process, insiders have told Ghana's leading football website, GHANAsoccernet.com.

FIFA will most likely rubber-stamp another extension if its receives backing from the country's government.

Pressure is mounting on the caretaker body to finalize its work but GHANAsoccernet.com understands the body is not perturbed by the heaped attack as they hatch a well cooked plan to secure a second extension.

The NC  has been tasked with reviewing statutes for the Ghana Football Association to hold free and fair elections.

However, elections can only happen if the new statues are  approved by Congress - which is the highest decision-making body of the federation.

Ghanaian fans will be given a rude-awakening if FIFA grants Ghana's caretaker body a second extension.

The self-inflicting widespread division among local football authorities has not done enough to present a unified front to 'fight' for the association.

The crack among 'football people' continue to deepened amid huge mistrust.

The Normalisation Committee was handed a six-month extension by FIFA on March 31.

They are to review statues and activate processes to hold an election to elect a substantive FA president and an Executive Committee members.

Shockingly, Ghana FA presidential hopefuls have been engrossed in their personal ambition rather than a unified front to fight for the association.

Their quest to lead the FA will be delayed for at least two-more years if the Normalisation Committee become successful with their extension appeal.

The tenure of the Normalisation Committee has been largely viewed as a spectacular failure but that will not be enough to force them out of office.

VIDEO:Kevin-Prince Boateng calls footballers to stand up against racism

VIDEO: Kevin-Prince Boateng in hilarious conversation with Thierry Henry as they discuss the Frenchman's legacy in football