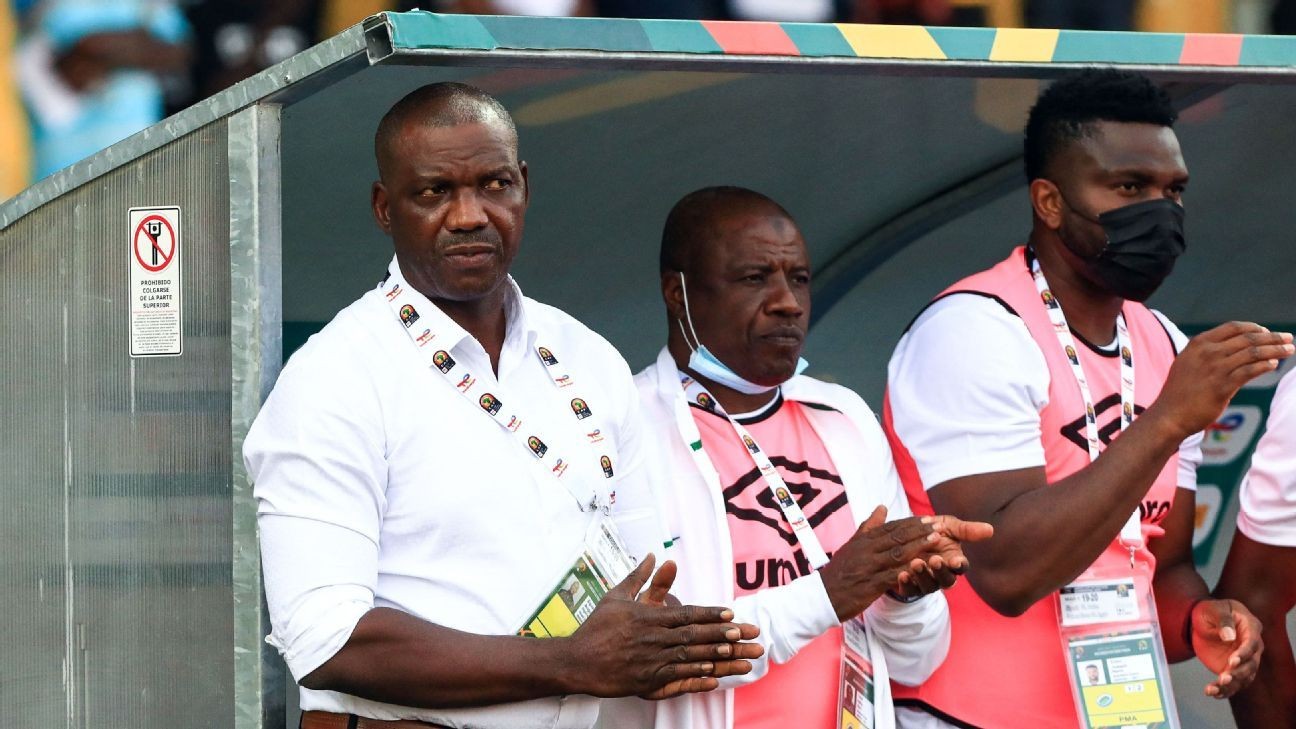 There was a bit of the fortuitous in Nigeria's second goal against Sudan in their second group game of the Africa Cup of Nations on Saturday, but nothing fortunate about the convincing nature of the result that saw them secure their place in the round of 16.

Kelechi Iheanacho's free kick was flicked across to the far post by defender William Troost-Ekong, and hit Taiwo Awoniyi in the face before creeping beyond the reach of Sudan goalkeeper Ali Abu Eshrein.

But that was the only suggestion of luck in another pleasing display for both team and fans as the Super Eagles cruised to a 3-1 win. In any case, fortune favors the brave, or in this instance, the intentional.

Augustine Eguavoen's wards barely engaged, let alone got out of second gear as they coasted their way past the Sudanese to secure their place in the knockout phase.

Once again, as it was in the opening game against Egypt, what would have been most pleasing of all was less the result, and more the combination of hustle, application and execution.

This was the sort of game, against less than stellar opposition, when in the immediate past, Nigeria would have huffed and puffed before before blowing down or limping to the finish line. Or, in a worst case scenario, as was the case with Central African Republic, even taking a gut punch at the end.

Instead, the Super Eagles are playing with a freedom and flair that is translating to the fan base. And they have backed it up with some efficiency up front, as defensive stability at the other end. At least, thus far.

Following the manner of that opening day win against Egypt, and the lessons of history, their immediate concern would have been to guard against a drop in levels, before even considering ramping up the pressure.

They went one better. Playing a much inferior side to their previous opponents, the Eagles did exactly what Eguavoen and his players said they would: Play the game like it was a final, and the approach yielded instant dividends.

Settled by that early breakthrough, the Super Eagles looked untouchable for the rest of the game and Sudan never stood a chance, and they were extremely flattered by the 3-1 scoreline.

Which is not to say the performance was perfect, there were pockets of errors distributed all over the 90 minutes, but overall this was a Nigeria team that threw down their gauntlet with that Egypt win, and have now added a statement of intent with Saturday's result.

There was a lot for Nigerians to be happy about.

The Super Eagles are playing with freedom and flair under Augustine Eguavoen -- a style that has not always been the case for the interim boss. DANIEL BELOUMOU OLOMO/AFP

To witness this iteration of Eguavoen's management is a beautiful thing. Both as a coach, and as a man manager.

It has not always been so.

Twice he has been replaced a Super Eagles coach after filling in a similar interim role. First by Berti Vogts, and then by Samson Siasia.

On both occasions, some of the criticism of the former Nigeria captain was that his style was too conservative for the talent at his disposal. The same concerns rose again when he was named interim coach, with some fans on social media harking up to those days, including his most recent stint as national team coach, where his under-23 team failed to qualify for the 2012 Olympic Games after one win and two losses at the CAF Under-23 Nations Cup tournament in Morocco in 2011.

Instead, his current team are now playing the kind of football that is almost reminiscent of the halcyon days when Cerezo himself played of the side.

Whether that is a natural evolution from his learned experiences of coaching clubs in Nigeria, or a response to what was seen as the staid, labored displays under Gernot Rohr, it has certainly been a refreshing change.

Eguavoen also appears to be intentional about pushing his man management skills. Stressing continuously that he has encouraged the players to see him as approachable without taking advantage.

"I said to them, take me as your father, your brother, your friend," Eguavoen has said constantly. "Confide in me but don't take advantage of me being too gentle and everyone understands that. It is about freedom."

That freedom appears to be leading to good things and former Super Eagles captain Augustine "Jay-Jay" Okocha a believer.

"He looks focused, he knows what he wants and he is getting the best out of his team and that is what we want," Okocha said after the game.

And so far, it looks like it is working.