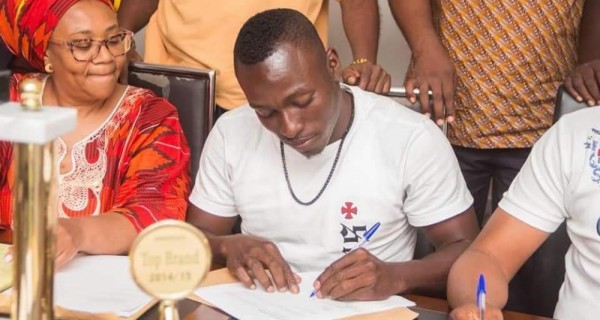 Ghana winger Patrick Razak is closing in on a return to Hearts of Oak following reports that he has terminated his contract with Guinean giants Horoya AC.

The diminutive wideman left the Rainbow club to join the Conakry-based outfit on a three-year deal after his superlative performance for the local-based Black Stars in the 2017 WAFU Cup tournament.

However, he has been reported to have annulled his contract with the club after struggling to break into the team.

Reports in the media suggest that the 23-year-old is on the verge of sealing a return to Hearts of Oak who are aiming to augment their squad ahead of the 2019/20 Ghana Premier League campaign.

VIDEO: Ghana goalie Razak Brimah opens up on the life of a professional footballer