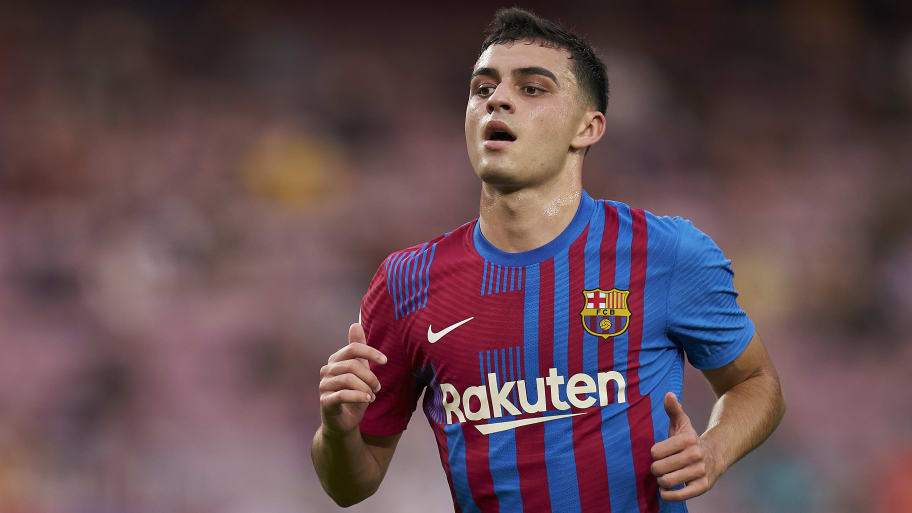 Midfielder Pedri is not expected to return for Barcelona until 2022 as he continues to battle a thigh injury.

The youngster, who recently picked up the Golden Boy award, has been battling the problem all season. He was rushed back for the meeting with Benfica on 29 September, only to aggravate the injury and kickstart a few months of hell.

Since going down with that injury, Pedri's recovery has relapsed twice, most recently just minutes after he made his cautious return to on-grass training.

New manager Xavi has been keeping a close eye on the situation as part of his ongoing attempt to rejuvenate the club's medical facilities, and according to AS, the decision has been made to completely start from scratch with Pedri's recovery.

It is understood that Xavi and his team have unearthed some errors and imbalances in Pedri's previous recovery plans, so they have started the whole process again in the hope of finally figuring out a way to get over this thigh injury.

Unfortunately, this renewed effort will mean Pedri's 2021 is over and club doctors have already told Xavi that he will not be able to count on the 19-year-old for more than a month.

Barcelona want to be incredibly cautious with Pedri and appear to have finally accepted that his body needs to be properly managed after a season in which he played a ridiculous 74 games for club and country.

Fortunately for Xavi, this latest setback comes at a time in which Barcelona aren't actually doing too badly with midfield injuries.

Only Sergi Roberto is sidelined with a muscle injury, leaving experienced duo Frenkie de Jong and Sergio Busquets, with youngsters Gavi, Nico and Riqui Puig all available as well.

Further forward, winger Ansu Fati is believed to have told Xavi that he plans to return from his hamstring issue in time for December's crunch tie with Bayern Munich.

Like Pedri, Fati has been plagued by various injuries so far this season, but there is optimism that he will be back in time to take on the German champions.

This article was originally published on 90min as Pedri ruled out until 2022 with ongoing muscle issue.