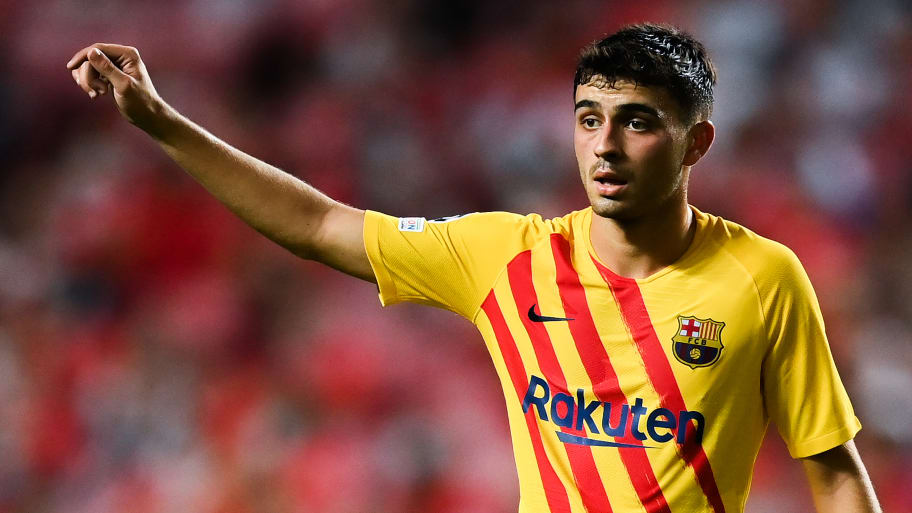 Barcelona midfielder Pedri has won the 2021 Golden Boy award after enjoying a breakout year for club and country.

Pedri also played every game for Spain at Euro 2020 en route to the semi-finals, before going on to feature at the Olympics for his country too - where they lost the gold medal match to Brazil.

This season his progress has been sadly hampered by injury and new Barcelona boss Xavi will be desperate to have him back in the fold soon.

"I am pleased to report that the Barcelona midfielder and Spanish National Pedri has won the 19th edition of our international trophy which elects the best Under 21 in the world registered for a European club of the top division," Tuttosport's Xavier Jacobelli said.

"A deserved triumph. The boy from the Canaries, who succeeds the Norwegian [Erling] Haaland, has beaten the competition by a landslide. Of the 40 journalists who vote representing the most illustrious newspapers of our continent, 24 placed him in first place of their preferences, another nine in second position and three in third."

Pedri beat off competition from second-place Jude Bellingham to secure the prize, with the gap in votes between first and second the largest in Golden Boy history.

Pedri said: "I thank Tuttosport for this trophy which makes me proud. Thanks also to all the members of the jury and the fans who have always supported me in this simply incredible 2021 for me.

"And of course, many thanks to Barça, the national team, my family, my friends and obviously to all those who have been close to me day after day without whom I would not have been able to win the Golden Boy."

This article was originally published on 90min as Pedri wins 2021 Golden Boy award.