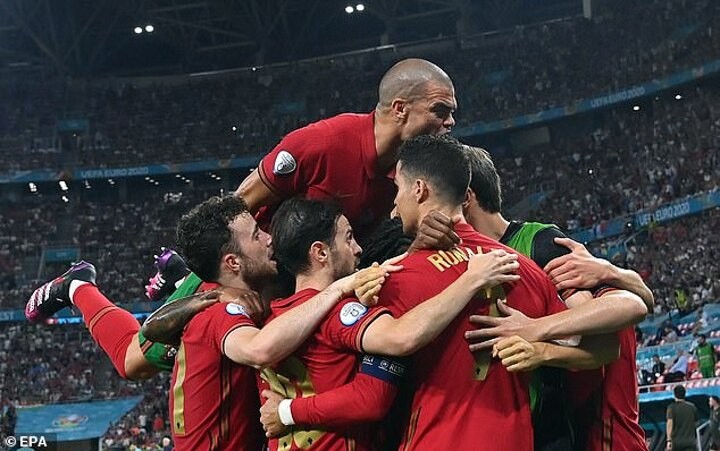 The Portugal national team has become the latest recruit in football's cryptocurrency revolution, after announcing a partnership with blockchain platform Socios.

The reigning European champions have penned the deal during their title defence at Euro 2020, and publicised the news on Thursday evening.

Portugal have joined Argentina in becoming one of the first national teams to hop onto the bandwagon, after a string of partnerships throughout European football have popped up with the likes of Barcelona, PSG and Manchester City getting on board.

In partnership with Chiliz, which is fast becoming the leading global blockchain provider for the sports and entertainment industry, Portugal announced that they will launch a Fan Token on the Socios.com fan engagement and rewards app.

Portugal will launch the $POR Fan Token in the next few days, providing fans across the world with a powerful new way to influence and engage with the team.

Portugal captain Ronaldo also has links with the movement, after becoming the owner of 770 Juventus Fan Tokens which were gifted to him in an official ceremony at the Allianz Stadium in March, to mark his breaking of the record 770 goal barrier in club football.

In the last week, La Liga side Valencia and Brazilian giants Corinthians have also partnered with Chiliz to get a piece of the action.

As reported by Sportsmail, in May a deal was struck with Dana White's UFC empire as the ultimate fighting franchise made its first move in following football's lead and looked to bring the fans closer to the action.

'Alexandre Dreyfus, CEO of Chiliz and Socios.com, said of the partnership: 'Portugal joins a movement that will create a better relationship between supporters and the teams they care about - an unparalleled shift from passive fans to active participants.

'We’re very proud to welcome them as our second national football team partner and the 40th major sporting organization overall to join our rapidly growing network of partners.'