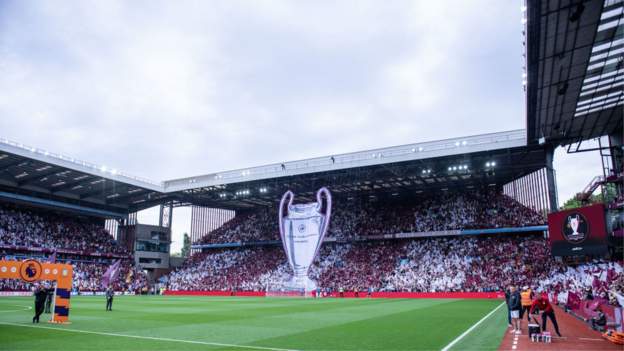 Premier League crowd figures are set to pass 15 million in a season for the first time since the competition was formed in 1992.

The pandemic restricted attendances at the end of 2019-20 and for all of the following season.

Record figures are expected this season despite sanctions affecting Chelsea.

The UK government stopped the club from selling any further tickets for home games in March as part of sanctions imposed on owner Roman Abramovich following Russia's invasion of Ukraine.

Abramovich is alleged to have strong ties to Russian President Vladimir Putin, which he denies.

Since March, only Chelsea season-ticket holders, away fans, and home fans who purchased matchday tickets before the imposition of sanctions have been able to attend games at Stamford Bridge, with the rest of the seats left empty.

Chelsea's average attendance for their final five home games of the season has been 32,200 - having been 39,900 over the rest of the season.

The research into Premier League attendance figures have been carried out by sports marketing agency Two Circles.

Its data shows clubs recorded £821.6m in ticketing and hospitality for the season, equivalent to £2.2m per Premier League home game, and average occupancy of grounds was 96.1%, with the highest level recorded at Anfield with 99.2% occupancy for Liverpool home games.