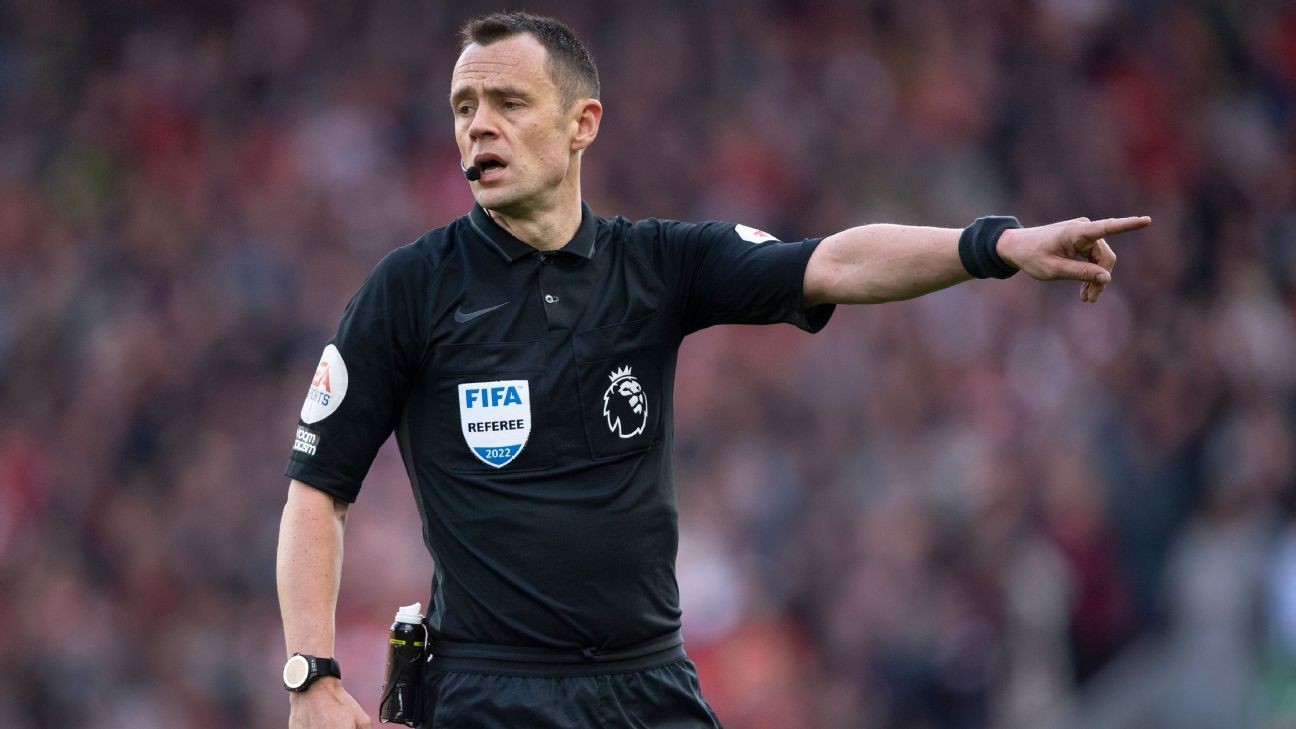 Stuart Attwell missed out on a place as VAR, meaning the Premier League will have no representative. Visionhaus/Getty Images

The Premier League is the only major league in Europe without a single official selected to act as video assistant referee (VAR) at the World Cup in Qatar this year.

PGMOL, the body which overseas refereeing in the Premier League, has come in for much criticism for the way it has implemented VAR over the last three seasons. And now FIFA, which controls VAR protocol globally, has sent a clear message by snubbing the league for its flagship tournament.

FIFA had named Stuart Attwell on its long-list last year, but he was cut when the final roster of 24 video match officials was revealed on Thursday. Attwell and Chris Kavanagh represented the Premier League at Euro 2020 after being picked by UEFA.

Spain's LaLiga has three VAR officials named, along with two each from the Italian Serie A, German Bundesliga and French Ligue 1. VARs from the Netherlands and Poland complete the 11 European officials selected by world football's governing body.

The Premier League did have success in the middle of the park, however, as the only European league to have two male referees appointed. Both Michael Oliver and Anthony Taylor will head to Qatar, along with a team of four assistant referees to work alongside them.

Meanwhile, women referees will take charge of games at the men's World Cup for the first time, with three included alongside Oliver and Taylor on FIFA's list of 36 main officials. French referee Stephanie Frappart, Rwanda's Salima Mukansanga and Japan's Yoshimi Yamashita will head to Qatar.