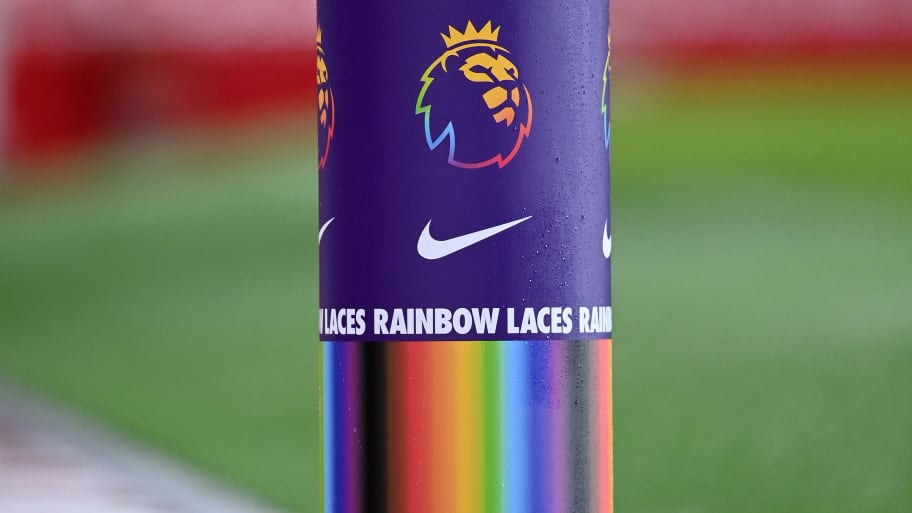 The Premier League have revealed that the next two rounds of fixtures will be used to support Stonewall's Rainbow Laces campaign as part of the ongoing quest to improve LGBTQ+ inclusion in football.

Between 27 November and 2 December, all Premier League fixtures will include some support for the campaign, with numerous matchday activities planned as well as the provision of rainbow laces, armbands and pins.

This year, the focus of the campaign is to encourage everyone to speak up about the issues facing the LGBTQ+ community in football, appealing for more conversations and stressing the importance of allyship.

"Football has a remarkable power to bring people together and it is a priority for the Premier League and our clubs to ensure everybody feels welcome and supported, from players and fans, to staff and all those involved in our many community programmes," said league chief executive Richard Masters in a statement.

“We and our clubs play an important role in encouraging people to support the LGBTQ+ community. During the Rainbow Laces campaign, we showcase the wide variety of projects and initiatives being conducted all year round to highlight that equality and inclusion are central to everything we do.

“We will continue to ensure that every single Premier League environment is inclusive to all, as well as reinforcing there is no place for discrimination of any kind, wherever it takes place, with those found guilty facing permanent League-wide bans.”

The campaign begins just a few weeks after Australian Josh Cavallo became the only openly gay footballer in a top-flight league anywhere in the world.

Cavallo's bravery was commended far and wide, with numerous stars of the game voicing their support for the 22-year-old.