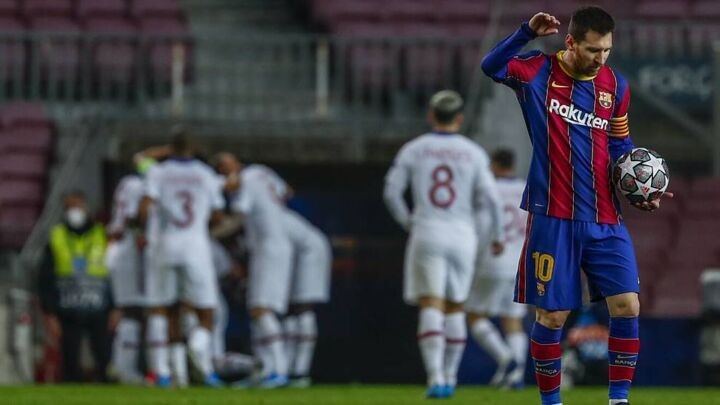 Paris Saint-Germain are already thinking about the summer transfer window and are determined to bring in Barcelona star Lionel Messi, who will become a free agent on June 30.

The French giants were knocked out of the Champions League by Manchester City in midweek and, although their goal will now be to close out the season by winning the Ligue 1 title and the Coupe de France, they want to be back in the latter stages of Europe's premier club competition next season.

As such, Le Parisien report that PSG are focused on improving in three areas: they want a world-class superstar, a midfielder and a right-back.

They want Messi to be the world-class superstar addition, with Le Parisien claiming that PSG are confident they can bring in the six-time Ballon d'Or winner and pair him with Neymar and Kylian Mbappe.

However, as well as convincing Messi to join the project at the Parc des Princes, they will have to try to get Mbappe to put pen to paper on a new contract, with his deal set to expire in 2022. Neymar's new deal is reportedly all but agreed, too.

Should Messi decide that he wants to stay at Barcelona or go elsewhere, PSG would turn their attention towards Liverpool forward Mohamed Salah.

There are two options in the middle of the park for Mauricio Pochettino's side: Liverpool's Georginio Wijnaldum, who is 30 years old and will become a free agent on June 30, and Rennes prodigy Eduardo Camavinga, who is just 18 years old.

At right-back, according to Le Parisien, the man of choice is Tottenham Hotspur's Serge Aurier.