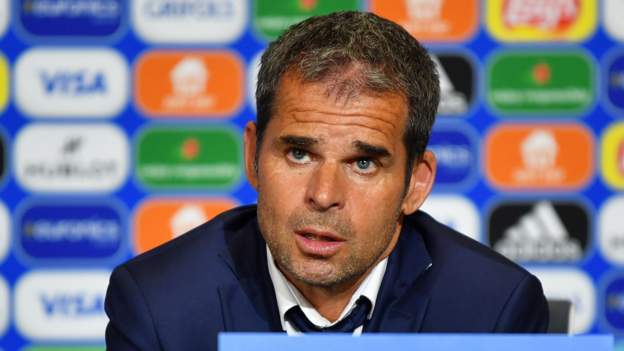 The club said players were exposed to events which, if proven, would be "incompatible" with PSG's "sporting and human values".

PSG are currently second in the French top flight and play leaders Lyon on Friday in their penultimate game.

Last week they won the French Cup and also reached the semi-finals of this year's Champions League, losing to Lyon.

Olle-Nicolle's suspension is temporary while an internal investigation takes place, the club said.

"Paris St-Germain is taking this situation seriously and intends to bring to light the reported events and remarks," a statement said.

Olle-Nicolle coached men's teams in Ligue 1 and Ligue 2 prior to taking charge.