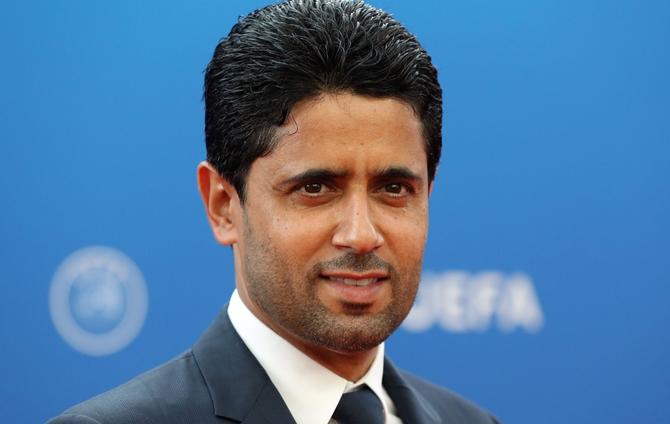 Qatar Sports Investment (QSI), chaired by Nasser Ghanim Al-Khelaifi, is exploring the possibility of a new international padel circuit - which will be game-changing for the sport (taking it from a local Spanish-focused sport into something truly global), and life-changing for the professional players who will be treated as elite athletes within an internationally governed and professional run tour. The move will further open the door to a growing population of Arab talent, both professional and amateur, who are embracing the sport.

QSI and Al-Khelaifi have held talks with the new Professional Padel Association (PPA) and the International Padel Federation (FIP) over their plans to expand the sport, with a pending decision. The players and the Federation approached Al-Khelaifi personally, after the Qatar Tennis Squash and Badminton Federation hosted what is widely-regarded as the best-ever padel tournament when the World Championships, organised by Al-Khelaifi, were held in Doha in November. Al-Khelaifi is also seen as a global champion of padel, having been a professional tennis player for many years, while many Paris Saint-Germain (PSG) players are keen padel enthusiasts.

The initial concept of the new world tour under QSI would involve 10 international tournaments held over 2022 and 2023, including four Grand Slams - the first of which could be held as early as March 2022 in Qatar. That could rise to a minimum of 30 in 2024, all featuring significantly greater prize money than that currently offered.

Padel – a hybrid of tennis and squash – is one of the fastest growing sports in the world. The racquet sport has already gained a global following, both in terms of amateur participation and also professionally. In the Arab world, padel is growing exponentially, with around 20,000 padel players in Qatar alone today. Regional superstars such as Qatar’s  Al Kuwari brothers Abdulaziz, Mohammed and Khalid and Egypt’s Abdalla Alsisi are helping to fuel the passion. Internationally, padel enthusiasts include Zinedine Zidane, David Beckham, Zlatan Ibrahimovic, Lionel Messi, and Neymar da Silva Santos Júnior.

Leading professional padel players are presently tied into privately-owned Super League contracts - run by the Spanish beer company Estrella Damm. In this closed tournament - branded the World Padel Tour - players are considering legal action in a bid to free themselves of contractual obligations, while setting limitations on growing the professional sport. Under the leadership of the Federation and QSI, padel aims to be part of the Olympic Games in Los Angeles in 2028.

Al-Khelaifi is also the Chairman of beIN MEDIA GROUP, Chairman of the European Club Association, and President of PSG.

QSI’s vast experience in building brands and growing businesses financially (PSG from $70 million at acquisition and almost no titles to valuation of $2.5 billion today, with leading men’s and women’s teams – all globally watched on TV and digitally) is of utmost interest to the Federation, PPA, and IOC.