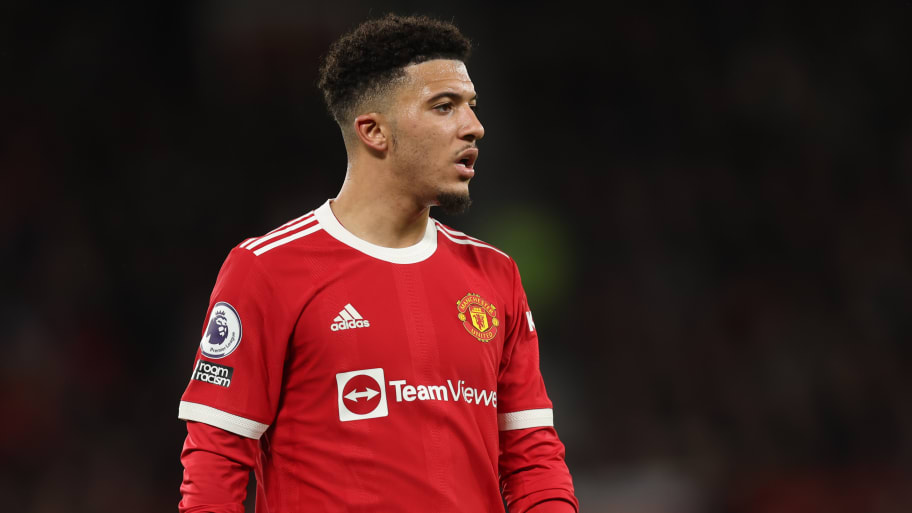 Ralf Rangnick has hinted that Jadon Sancho is struggling with the 'psychological and emotional' demands that came with his move to Manchester United in the summer.

Since arriving from Borussia Dortmund Sancho has struggled to make his mark, registering just two goals in 23 appearances in all competitions.

It had been hoped that Rangnick's arrival might spark his United career into life, but so far the England international has continued to underwhelm.

Sancho's poor form was one of the main topics of conversation during the interim manager's pre-match press conference, ahead of his side's trip to west London to take on Brentford.

"It’s more physical, it’s more pressure, although he also played for one of the biggest clubs in Germany, in Dortmund, but I think in total, the whole league, the whole competition is more physical and the level of expectation is higher.

"When he came to Borussia Dortmund as a young player, he was only 18. Now he’s 23, 24, playing for one of the biggest clubs in the world.

"I think it’s also got to do with a lot of different things up here in his head. But in training, whenever I see him train, he’s showing that he’s one of the best players in the training sessions.

"But now it’s about the transfer to when he’s playing, and to showing to the same kind of level and performance on the pitch."

Although Rangnick was supportive of the player he did also stress that it was ultimately up to Sancho to improve his game.

"Everybody expected from him that he would be one of the best players in the team," he added.

"Again, this is psychologically, emotionally, a more challenging situation than the one he had at Borussia Dortmund, and this is exactly those kind of steps that he has to make to become a top player for the next ten years for this club.

"We can give him the guidelines, we can give him helping hands and showing him that we are trying to accompany him on this way, and give all the necessary assistance that he needs, but in the end it’s up to him to take those next steps."

This article was originally published on 90min as Ralf Rangnick hints at Jadon Sancho mental struggle.